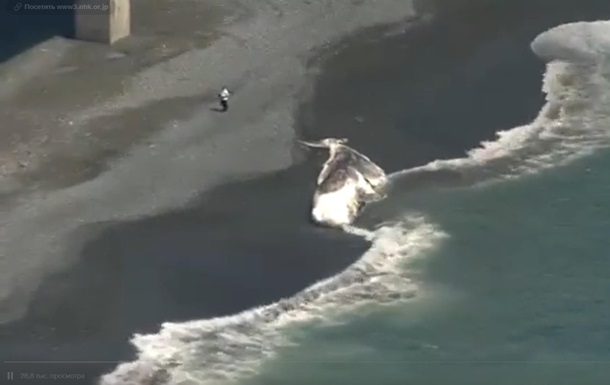 At the moment, the cause of death of the mammal has not been established. This issue will be dealt with by a local research institute.

In Japan, residents of the city of Odawara, Kanagawa Prefecture, found on one of the beaches the body of a dead sperm whale more than 14 meters long. This was announced by the NHK TV channel on Monday, September 13.

It is noted that the authorities are currently deciding what to do with the body of the giant mammal. According to local residents, the bodies of dead whales and sperm whales are thrown ashore every few years, but this is the first time they see such a large individual.

At the moment, the cause of death of the sperm whale has not been established. This issue is planned to be dealt with by specialists from a local research institute.

On the morning of the 13th, a dead baleen whale about 14 meters in length was found ashore on the coast of Odawara City, Kanagawa Prefecture.
The prefecture and city will proceed with the investigation of the condition of baleen whales and consider future measures.https://t.co/cXxw738FBi#nhk_video pic.twitter.com/R0jkNQLjOV

The whale swallowed the lobster catcher: the man survived