In Vinnitsa region, raiders tried to seize the harvest 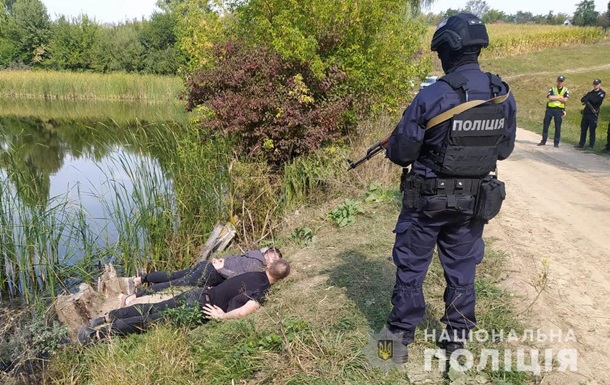 Raiders face up to seven years in prison

The police seized a pistol, knives, drugs and other prohibited items from the vehicles of the offenders.

Law enforcers prevented an attempt to raider harvest in the Vinnytsia region. About it informs regional office of the National Police on Monday, 13 September.

It is indicated that on the eve in the village of Pliskov of the Pogrebishchenskaya united territorial community, soldiers of a special police company detained 16 armed men during a forceful attempt to take possession of the crop of a local agricultural enterprise. Weapons and drugs were seized from them.

Information that unknown aggressive men are gathering near the field came to the police from local residents. The police prevented illegal actions by visitors and detained all suspects between the ages of 20 and 45.

The police seized a pistol, knives, drugs and other items prohibited in free circulation from the vehicles of the offenders.

The intruders were taken to the police station to clarify the circumstances of the incident. Their cars were placed on the penalty area. The seized weapons and drugs were sent for examination.

Criminal proceedings have begun under three articles of the Criminal Code, including arbitrariness, illegal handling of weapons and ammunition, illegal handling of narcotic substances (Article 356, Part 1, Article 263, Part 1, Article 309 of the Criminal Code of Ukraine). Such crimes are punishable by up to seven years in prison.

Earlier in Kharkiv, the police detained a gang of raiders. They illegally took possession of agricultural enterprises and their equipment. The amount of damage as a result of the raiders’ actions is more than UAH 200 million.