Shaparenko’s goal in stoppage time was canceled due to an offside position at Garmash.

In the match of the first round of the Champions League group stage, Dynamo Kiev hosted Lisbon Benfica at home.

The Portuguese arrived in Kiev in the status of the favorite of the meeting, and from the very first minutes they took the ball under their control. Already on the 3rd minute, Rafa Silva created a dangerous moment, bypassing several rivals and breaking through, but the ball ricocheted and flew out of bounds.

And already in the 9th minute, the White-Blues could have opened the score – Buyalsky developed a promising attack and was demolished by Vertongen. Taylor ordered a free kick at a distance of 20 meters from the goal. Shaparenko brilliantly shot under the crossbar, but Vlachodimos managed to get the ball and save his team. 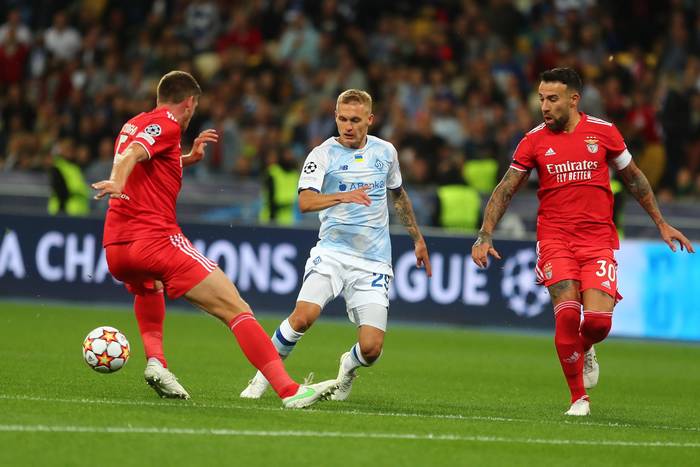 After that, the Kievites began to actively put pressure on the “eagles” at their penalty area, and created several dangerous moments, but the ball never flew into the net. Then the guests regained the initiative and almost completely controlled the ball, but it didn’t bring any results.

In the 34th minute, Boyko almost brought an own goal – after being given by Kendzer, he knocked out in front of him, tried to break through Everton, but his shot was blocked.

At the end of the half, Yaremchuk had a moment, who decided on a long-range strike, but here the Dynamo goalkeeper played great and saved. A couple of minutes before the whistle for the break, Mikolenko could have scored, but his powerful blow was stopped by Vlachodimos. The teams left for the break with a score of 0: 0. 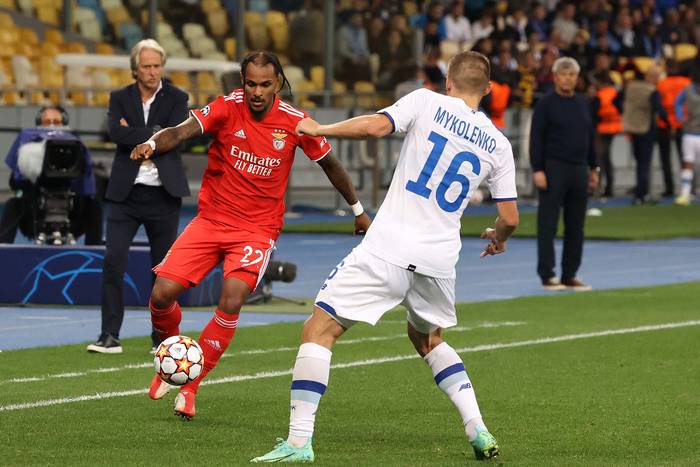 At the start of the second half of the meeting, Grimaldo almost scored, but Boyko coped. A few minutes later, Shkurin had a chance to bring Dynamo forward, but he did not dare to strike and the moment was lost.

After that, the guests rushed to the attack again – at first Grimaldo struck, but Zabarny blocked, Yaremchuk played on the finishing move, but Boyko did a great job here.

Gradually, the managers of both teams began to make substitutions in the hope of turning the tide of the game in their favor, but nothing worked. The Kievites often ended up in offside positions or there was simply no player for the final blow. 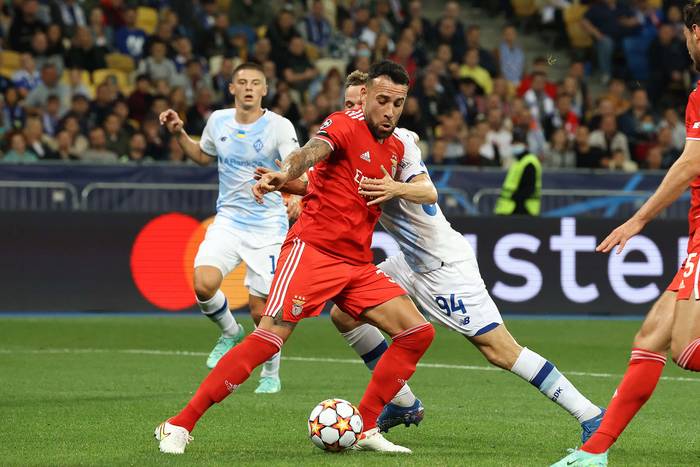 In the 82nd minute, Anthony Taylor almost removed Garmash – for a foul he showed him a yellow one, and a loan a red one, but then it turned out that Denis had not had a warning before this, so it cannot be removed – the English referee quickly corrected his own mistake.

The last minutes of the meeting became the most tense – the Kievites rushed forward en masse and created dangerous moments several times, but in stoppage time they still managed to score.

Shaparenko filed a corner, then Garmash filed from the left flank to the right edge of the penalty area, where Shaparenko sent the ball into the net with a touch. But the judges reviewed the replay and revealed Garmash’s offside position – the goal was canceled. 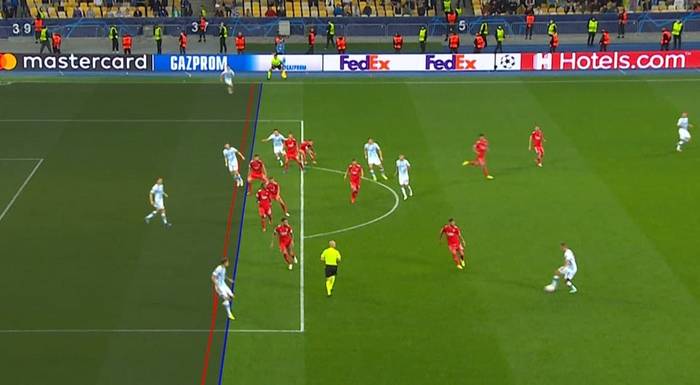 The final whistle recorded a goalless draw – Benfica takes one point away from Kiev. In a parallel match of Group E, Bayern beat Barcelona (3: 0) and led the quartet, Dynamo and Benfica follow, gaining one point each.

In the next round, the Kievites will go on a visit to Bavaria, and Benfica will host Barcelona. The matches will take place on September 29th.

In Paris, the Arc de Triomphe was covered with cloth