Smugglers from Ukraine with a plane were detained in Moldova 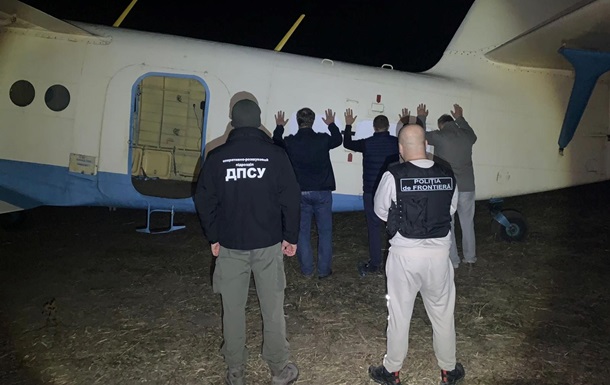 Smugglers used an AN-2 aircraft of Ukrainian origin

The smugglers face imprisonment in accordance with the current legislation of Moldova.

Ukrainian and Moldovan border guards on Tuesday night detained two Ukrainians and one Belarusian who violated the airspace of the three countries for the sake of smuggling tobacco products. This was reported on September 14 by the Western Regional Directorate of the State Border Service of Ukraine in Facebook.

“The Ukrainian border guards together with their Moldovan colleagues detained the aircraft tonight … The Moldovan border police, together with the Ukrainian border guards, almost ten kilometers from the settlement of Sokiryany, Novodnistrovsky district (Ukraine), on the outskirts of the village of Groznitsa, Brichani district (Republic of Moldova), found AN- 2 of Ukrainian origin, a passenger car of Moldovan registration and a group of persons who served the plane, “the message says.

Law enforcement officers detained three men – two citizens of Ukraine, a resident of Kiev and Chernivtsi, as well as a citizen of Belarus. They also found and seized the navigation aids used by the offenders.

Currently, law enforcement officers of Ukraine and Moldova are investigating all the circumstances of the offense.

It is noted that the smugglers face imprisonment in accordance with the current legislation of Moldova.

Earlier it was reported that Ukrainian border guards seized a large batch of cigarettes from Belarus. During the examination of the truck, a cache was found in its trailer among the cargo of boards, from which 192 boxes of contraband tobacco were seized.

Also, the SBU exposed the illegal activities of persons who were engaged in the smuggling of cigarettes from the temporarily uncontrolled territories of Donetsk and Luhansk regions.

Where is the best place to buy plumbing

Oil prices rise due to new hurricane in the USA