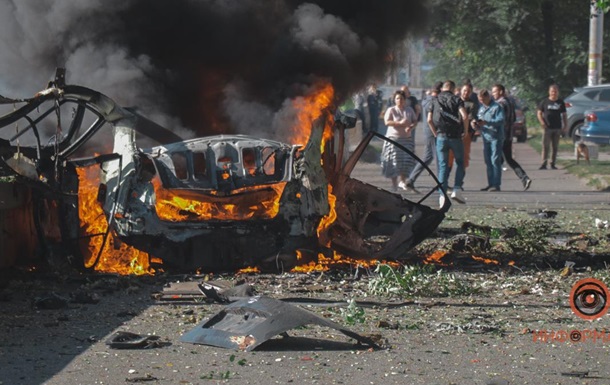 The explosion completely destroyed the Nissan Primera in the Dnieper

An investigative-operational group, explosives technicians and criminologists are working at the scene.

In the morning in the Dnieper on Bogdan Khmelnitsky Avenue, a car explosion occurred. Killed two people who were inside the car. About it informs National Police on Wednesday 15 September.

“Information about the incident came at about 9:00. The explosion took place in a Nissan Primera on Bohdan Khmelnitsky Avenue. Now an investigative and operational group, explosives technicians, experts of the forensic laboratory are working at the scene,” the report says.

Earlier in the Dnieper, a grenade exploded in a Subaru car. The driver of the car was taken to the hospital. Fragments of an airsoft grenade and a damaged bag were seized from the scene.

In the Kherson region, a bus passenger threatened to detonate a grenade