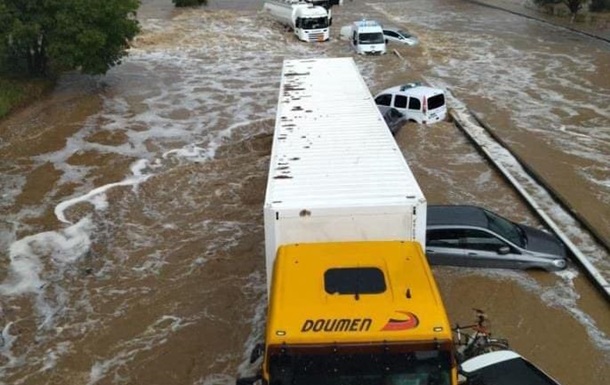 France has a two-month rainfall

In the south of the country, a two-month norm of precipitation fell – rescuers help people get out of flooded cars.

The south of France was covered with torrential rains and thunderstorms, bad weather provoked floods. About it informs Sky News on Wednesday 15 September.

In particular, in one of the districts, a two-month norm of precipitation fell in just two hours.

Users in social networks publish videos in which people escaped from the water, climbing onto the roofs of buildings.

In addition, traffic on major roads and highways has been disrupted in the affected areas.

Southern regions of France have been hit with two months’ worth of rain in just 24 hours.

It comes as the number of catastrophic floods hitting Europe continues to rise, with some leaders blaming the extreme weather on climate change.https://t.co/mlA737LHMb pic.twitter.com/MH4ftYh9pF

Torrential rains associated with a convective system have left more than 200 mm in a few hours in some localities of the #Gard Department. pic.twitter.com/lzEN5XRtKg

Recall that earlier in Pakistan, 18 people died due to heavy rains. Showers in Khyber Pakhtunkhwa have not stopped since Saturday evening. They led to numerous landslides and floods.

While one part of the world is burning, the other is drowning

Scientists will resurrect mammoths by 2027