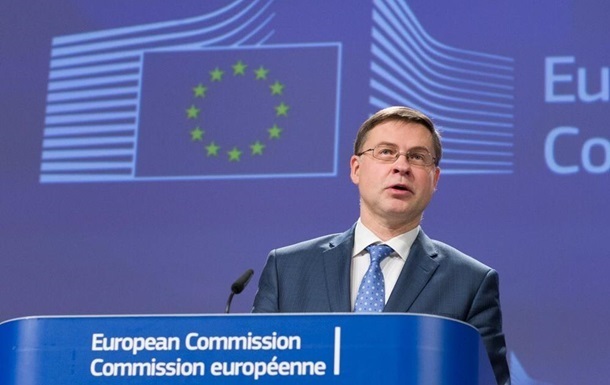 The actual payment of funds to Kiev will take place at the end of October, stressed Valdis Dombrovskis.

The European Commission has decided to allocate a second tranche of macro-financial assistance to Ukraine in the amount of 600 million euros. This was stated by the Vice-President of the EC and the European Commissioner for Trade Valdis Dombrovskis. RBK-Ukraine Wednesday 15 September.

“The Commission has decided to allocate the second tranche of EU macro-financial assistance to Ukraine in the amount of 600 million euros. This is the second and last payment under this program for a total of 1.2 billion euros,” he said in a comment.

The European Commissioner noted that the decision was made as a result of the fulfillment of all conditions for the provision of funds.

“Ukraine has fulfilled the agreed political conditions, which, together with good progress regarding Ukraine’s current program with the IMF, allowed the Commission to come to a positive decision on the second installment. The actual disbursement of funds will take place at the end of October,” Dombrovskis said.

In turn, President of Ukraine Volodymyr Zelenskyy welcomed this decision of the European Commission.

“I am grateful to the EU leadership for a positive assessment of the reforms being implemented by Ukraine. This is evidence of the solidarity of Ukraine and the European Union in overcoming challenges and combating COVID-19,” the head of state wrote in Twitter.

The day before, it was reported that the European Commission extended the deadline for the tranche to Ukraine. Prime Minister Denis Shmygal said that macro-financial assistance from the EU will arrive in November this year.

Earlier, the EC stated that Ukraine could lose a tranche of 600 million euros if the situation with the IMF is not resolved before September 14.

France calls on Mali not to cooperate with PMC "Wagner"