The special rapporteur of the United Nations (UN) Alena Douhan presented, this Wednesday (15), her final report on the impact of the unilateral sanctions applied against Venezuela, reiterating the “devastating” effect of the measures. Douhan visited the country in February this year and had already advocated lifting sanctions to ensure the human rights of Venezuelans.

“The scarcity of resources and the resignation of foreign partners, banks and companies to deal with Venezuelan partners, mainly due to the sanctions imposed by the United States, resulted in the impossibility of purchasing essential technological equipment and inputs for the repair and maintenance of electricity, gas, water, public transport and telecommunications”, defended Douhan.

The presentation is part of the 48th session of the UN Human Rights Council, which also featured interventions by High Commissioner Michelle Bachelet and Venezuelan Chancellor Félix Placencia. On Monday (13), Bachelet presented a new assessment of Venezuela, highlighting the lack of data for monitoring public policies and the arrest of union leaders and human rights defenders in the country.

The high commissioner defended the continuation of the sending of humanitarian aid to Venezuela, considering that the salary of the majority of the population is insufficient to meet basic needs. “I trust that the dialogue in Mexico can lead to solutions and translate into greater protection of human rights”, affirmed.

The Venezuelan chancellery criticized the absence of comments on the economic blockade in the report presented by Bachelet, while thanking Alena Douhan for the recommendations made. 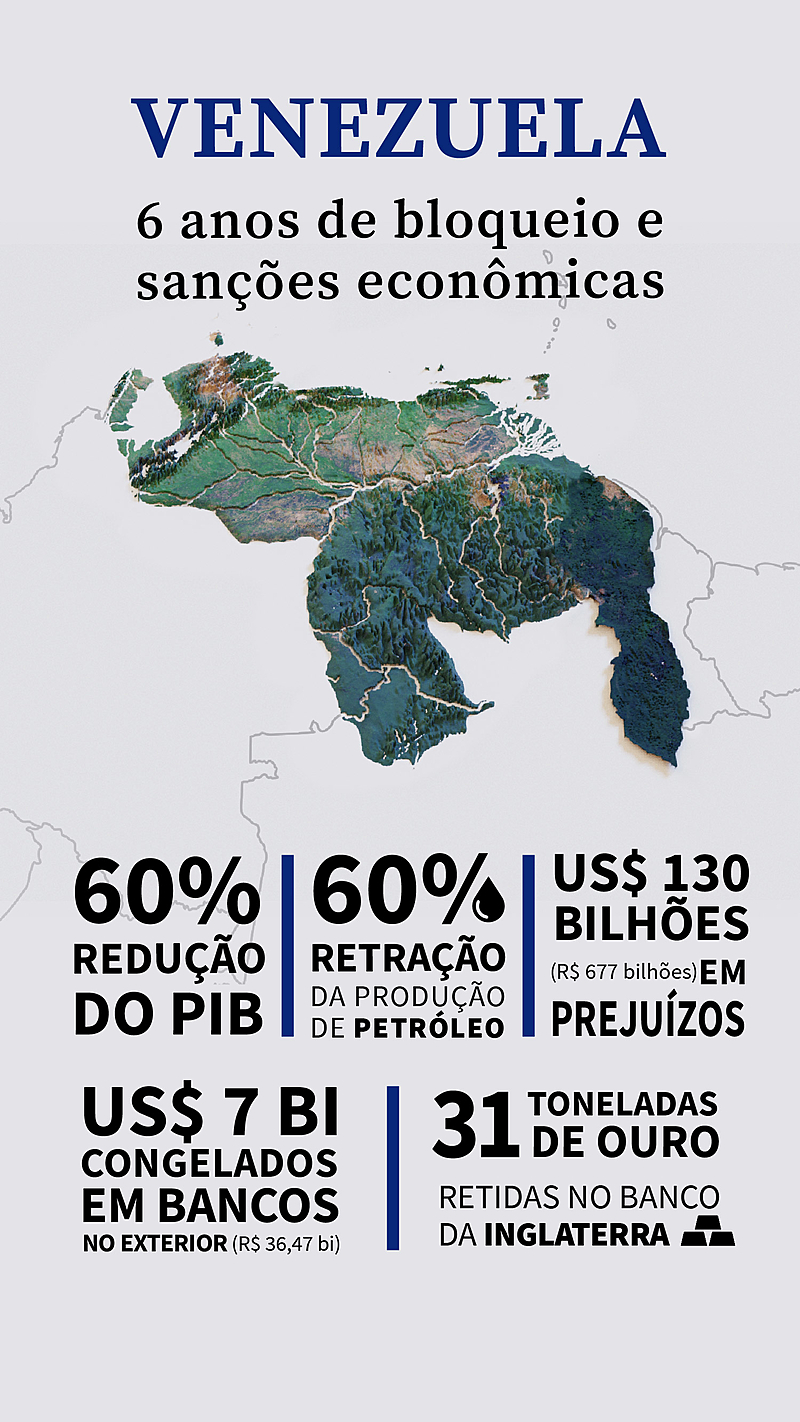 The UN Special Rapporteur included in its document some official data on the impact of the economic blockade, which generated an accumulated loss of US$ 130 billion, which contributes to the figure of around 64% of the population in a situation of multidimensional poverty.

Public companies have lost around 30% of their workforce as a result of migration. According to the UN Refugee Agency, around 5 million Venezuelans have fled the country in the last six years.

Douhan also pointed out impacts on the health sector: 2.5 million patients who needed blood transfusions could not be treated due to lack of reagents in 2020. In addition, at least 2.6 million children could not be vaccinated, providing conditions for the return of diseases already under control in the country, such as malaria, meningitis and measles.

In her conclusions, the rapporteur Alena Douhan defended that countries use peaceful mechanisms to resolve international contradictions in accordance with international law, abandoning unilateral sanctions. She also warned of the inexistence of an independent body to control the impacts of unilateral coercive measures and the need to insert this debate in other instances of the United Nations, such as UNHCR, UNICEF and the UN Population Fund.

“Unilateral sanctions cannot be used in place of any legal-criminal process just because they are easier to apply. The rule of law must apply to everyone without distinction,” said Special Rapporteur Alena Douhan.