Dnepr said goodbye to the head of the press center of the State Emergencies Service, who died in a car explosion 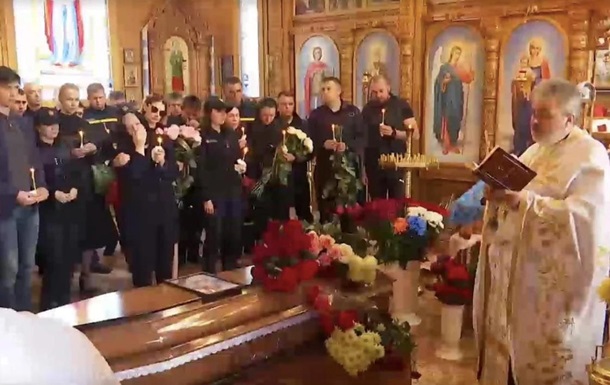 Hundreds of people came to the farewell ceremony with Daria Grechishcheva, everyone who wanted to did not fit in the temple.

In Dnipro, a farewell ceremony was held with the head of the press center of the State Emergencies Service, Daria Grechishcheva, who died in a car explosion on September 15. About it informs TSN on Friday 17 September.

Hundreds of those wishing to say goodbye to the deceased came to the ceremony – the temple of the Most Holy Theotokos, where the ceremony was held, did not accommodate all who came to spend her last journey.

Colleagues Daria Grechishcheva say that she was very cheerful, and in emergency situations she showed amazing courage.

As reported, on the morning of September 15 in the Dnieper on Bogdan Khmelnitsky Avenue, a car explosion occurred. Initially, two men were reported to have died. Later it became known that the explosion killed the head of the department of media relations and public relations of the State Service for Emergency Situations in the Dnipropetrovsk region Daria Grechishcheva and ATO veteran, sapper Alexei Kavlak.

The police and the SBU are investigating the incident as a terrorist attack. At the same time, the media write that a bomb became the cause of the explosion of a car in the Dnieper. An improvised explosive device was attached to the bottom of the car, which detonated when the driver got into the car.

Almost the entire management of Naftogaz will be fired - media

Horoscope for all zodiac signs for september 18, 2021