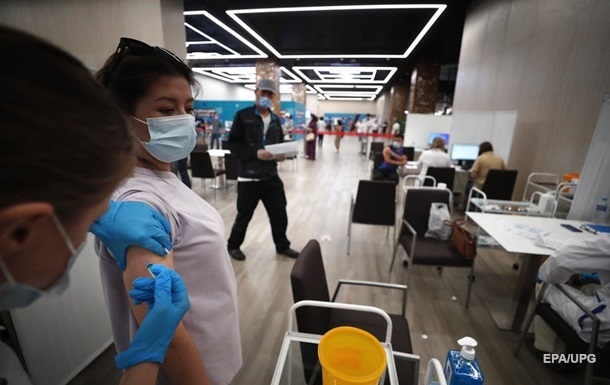 In France, doctors were obliged to be vaccinated against coronavirus

The head of the Ministry of Health called this step a temporary measure, thanks to which many doctors, firefighters and nursing home workers agreed to vaccinations.

In French cities, about three thousand medical workers were suspended from service due to refusal to be vaccinated against coronavirus. Such data on Thursday, September 16, leads BBC.

As you know, a law has come into force in the country, according to which vaccination has become mandatory for all doctors, firefighters and nursing home workers.

According to the newspaper, the head of the French Ministry of Health Olivier Veran called the suspension from work a temporary measure. According to him, many representatives of the mentioned professions have already agreed to be immunized against coronavirus infection.

At the same time, as reported, in some cities of France, doctors came out to protest. So, in Nice, 450 employees of one hospital who were not vaccinated from COVID took to the demonstration, and in the city of Montelimar in the south of the country, due to a shortage of doctors, they began to cancel planned operations.

NOT ON BBC NEWS 🇫🇷 Nationwide rallies took place all over #France today in front of hospitals. Nurses, caregivers, and doctors all over the country are losing their job for not taking the experimental #COVID gene therapy. pic.twitter.com/9Riw9M3FOU

In Marseille, the police forcefully removed the unvaccinated employees from the hospital building, as a result of which scuffles began at the entrance to the medical facility.

In addition, a video appeared on the social network of how doctors and nurses burn their diplomas during a protest against vaccination.

Today’s footage from France as Doctors and nurses burn their diplomas during protest against vaccination.#Macron #France pic.twitter.com/ajRD876qx0

Let us remind you that on September 11, residents of France took part in the ninth protest action against the “health passports”. The number of protesters across the country was 140,000. During the rallies, there were massive clashes with the police.