Results 16.09: Gas price and explosion in the Carpathians 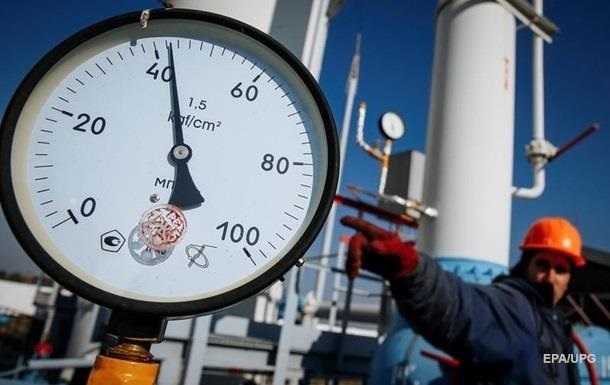 The fall in gas prices per day was 15%

Gas prices in Europe have fallen sharply; in the Carpathians, an explosion killed two tourists. Korrespondent.net highlights the main events of yesterday.

In the Carpathian Mountains, on the Pod Berdy valley near the village of Voronenka, Nadvornyansky district, during the rest of a group of 12 tourists, including two children, and lighting a fire by them, an explosion occurred. As a result, two people died, three were injured and one person received a concussion. Previously, the cause of the tragedy was an explosive object during the war.

The Ministry of Finance announced macroeconomic risks for the next year

The Ministry of Finance named the main risks to the economy in 2022. According to the ministry, next year GDP may decline due to too low grain harvest, increased insolvency of business entities, increased aggression by Russia, exit of non-residents from government bonds, curtailment of investment plans by foreign companies and low lending activity of banks.

The head of the Ministry of Health Viktor Lyashko said that the Chernivtsi, Ternopil, Volyn and Transcarpathian regions are moving in the direction of the red level of epidemic danger due to the coronavirus. In these regions, the highest incidence and occupancy of beds in hospitals, in particular beds with oxygen.

Polish President Andrzej Duda supported the idea of ​​Ukraine’s accession to the European Union. In his opinion, the EU does not inspire confidence if it does not provide accession opportunities to those partners who are undertaking modernization efforts and want to join the community.

The leaderships of three great states – the United States, Great Britain and Australia – have signed an agreement to create a defense alliance called AUKUS. According to the document, technology, scientists, industry and defense forces of the mentioned countries will work together to create a safer region that will ultimately benefit everyone.

The OP held a meeting on the issue of judicial reform

Kuleba accused the UN of misunderstanding its mission in the world

Ukrainian Foreign Minister Dmitry Kuleba criticized the absence of UN representatives at the Crimean Platform summit. The minister announced negotiations with the leadership of the organization on the inadmissibility of such an attitude, “after all, the key task of the UN is precisely the maintenance of peace and security.”

Minister of Social Policy announced a program to support the poor

Minister of Social Policy Marina Lazebnaya presented the state program to support low-income families, within the framework of which it will be possible to receive support for social entrepreneurship. The program starts on January 1, 2022. It provides for the provision of assistance in the amount of up to 15 minimum wages (at the beginning of 2022 this amount will be 97.5 thousand hryvnia).

Voting in the elections to the State Duma began in Russia, it will last until September 19