Nominal democracy. Press about the elections in the Russian Federation

The United Russia party won a constitutional majority following the parliamentary elections in the Russian Federation.

In Russia, they voted for three days in the parliamentary elections – from 17 to 19 September. As a result of the elections, the party in power, United Russia, gains almost 50% on party lists. Taking into account the results in single-mandate constituencies, she will have more than 300 mandates – this is a constitutional majority.

In addition, it seems that the fifth party is going to the State Duma – New people gained a little more than 5%.

A number of oppositionists were not allowed to participate in the elections; numerous violations, manipulations and gross falsifications were recorded during the voting.

DW calls the election outcome “unsurprising given the unprecedented government crackdown on opposition politicians who were either imprisoned, barred from running, or forced to flee the country.”

As a result, in addition to United Russia, “ three other parties that almost always vote for the Kremlin’s initiatives ” are returning to parliament, as well as the New People party, “ which was created last year and is viewed by many as a project sponsored by the Kremlin, ” writes DW. And against the background of the removal of the real opposition, the 13 parties that participated in the elections in addition to United Russia were only “ symbolic opposition, which the Kremlin allowed to run. ” 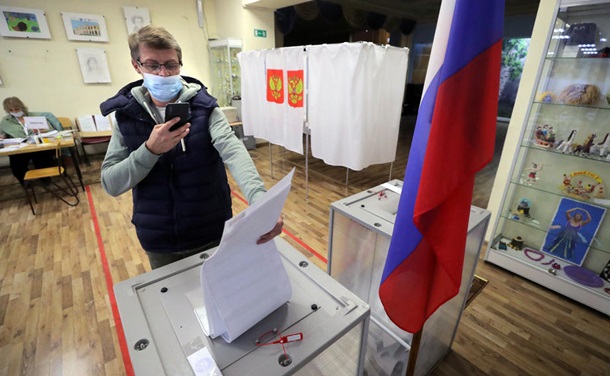 Putin wins for a reason – NewYorkTimes

Widespread presidential fraud in neighboring Belarus sparked massive street protests last year, and analysts say the Kremlin is determined to prevent such an outcome in Russia. Buses with riot-equipped police officers were deployed throughout downtown Moscow over the weekend, but there were no significant protests.

Correspondents of the New York Times, however, note that many Russians continue to support Putin. “I am grateful that God gave us such a leader,” the newspaper quotes teacher Tatyana Kolosova, who was greeted by reporters near a polling station in Moscow.

Putin continues to win for a reason, but thanks to a powerful propaganda apparatus, the newspaper writes: “An extensive network of television stations and newspapers, often with black style and misleading content, this system of Kremlin propaganda is the central pillar of Putin’s power. It acts as an impenetrable shield. against any dissent and dissatisfaction with his regime inside the country and outside. If you add repression to this, then this is how he wins. “

Filtering from the Kremlin – LeFigaro

After a sluggish campaign, without substantive debate, when the Kremlin carefully “filtered” candidates, the Russians did not rush to the elections, writes Le Figaro.

On the other hand, about 90% of voters who chose electronic voting took part … including Vladimir Putin himself. This weekend, many videos circulated on the Internet showing examples of ballot stuffing and carousel (multiple voting).

Unprecedented and impressive was the decision by the digital giants on Friday not to hand over voting instructions from prisoner opposition leader Alexei Navalny. Apple and Google have agreed to remove Navalny’s smart voting mobile app from their app stores, a strategy promoted by Alexei Navalny’s supporters to block the way for pro-Putin candidates. According to sources interviewed by AFP, Google and Apple have submitted to the Russian authorities for fear of the arrest of their employees in Russia. The country’s very popular instant messaging system, Telegram, has also removed these voting guidelines on its platform. 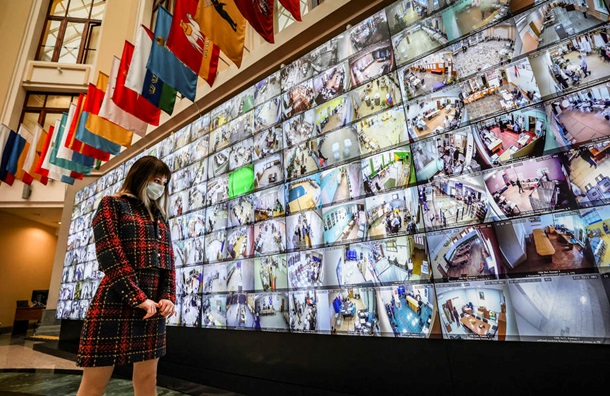 On the eve of the elections, AtlanticCouncil stated that the vote was preceded by “ a crossfire of two compensating trends: United Russia is historically unpopular, and the Putin regime has intensified repression to a level unseen in the post-Soviet era. ”

“If these were normal elections in a democratic country, the Kremlin would be in serious trouble: according to the state sociological agency, the ruling United Russia party gained an anemic 29% at the national level on the eve of the elections,” the Atlantic Council recalled. “ But the party is using its well-developed toolkit to achieve the desired results: only United Russia and a handful of other parties loyal to the regime will get seats in the State Duma. ” Therefore, with a sufficient number of falsifications, it was not difficult for the Kremlin to achieve the desired result and continue its feigned game of democracy.

Atlantic Council also notes that the current election is the last major test for the Kremlin ahead of the presidential elections in 2024, in which Putin will likely seek to extend his rule for two more terms, until 2036, when he turns 83.

Respublika Park: what will surprise the largest shopping and entertainment center in Kiev?