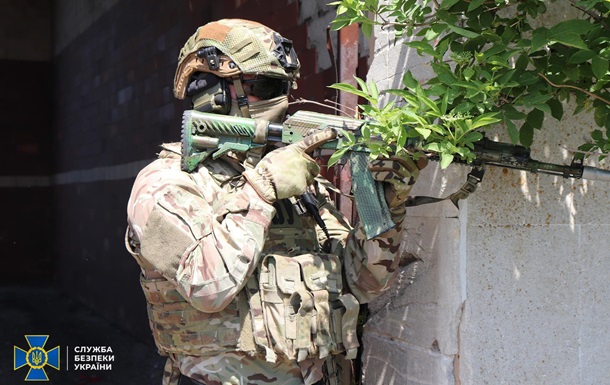 The kidnapping plan was developed by a criminal in jail

The criminal group, led by a man in the capital’s pre-trial detention center, kidnapped the daughter of a businessman and a deputy. They demanded almost half a million dollars in bitcoin ransom.

SBU officers neutralized a criminal group that was engaged in kidnapping and extortion of money for their release. Thus, the attackers kidnapped the daughter of a deputy of the Poltava Regional Council. About it informs press service of the SBU.

“According to operational data, the organizer of the” scheme “is a man who is now behind bars. He is accused of committing premeditated murder with particular cruelty, therefore, according to the court’s verdict, he is in the Kiev pre-trial detention center,” the message says.

The restriction of freedom did not prevent the attacker from organizing the abduction of the daughter of a Poltava businessman and a deputy of the regional council.

The “inmate” via the Internet found a person who agreed to abduct the child. The attacker promised him 100 thousand dollars.

In total, the kidnappers planned to return the girl to her parents for 470 thousand dollars, which were to be transferred in bitcoins.

The girl was kidnapped. The attackers called the parents and threatened that if the money transfer was refused, the child would face death.

“Despite the fact that the kidnappers used exceptional conspiracy measures, namely, they communicated with each other and with the girl’s parents exclusively through the Telegram channel or the hidden Internet network Darknet, law enforcement officers were able to identify and detain them,” the press service emphasized.

The attackers were informed about the suspicion under Part 2 of Art. 189 (Extortion) and Part 2 of Art. 146 (Unlawful imprisonment or kidnapping) of the Criminal Code of Ukraine. They have chosen measures of restraint.

Other persons who may be involved in this offense are identified.

We add that also in Poltava, a man opened fire and kidnapped a woman. The car, in which the attacker fled the scene, was installed and detained in Kremenchuk within an hour.

Earlier, the Pechersk District Court of Kiev arrested police officers who are suspected of kidnapping. They wanted to get 10 thousand dollars from the victim.

Yarmolenko will support Usik in the fight against Joshua