The First Lady of Ukraine opened the Beijing Film Festival 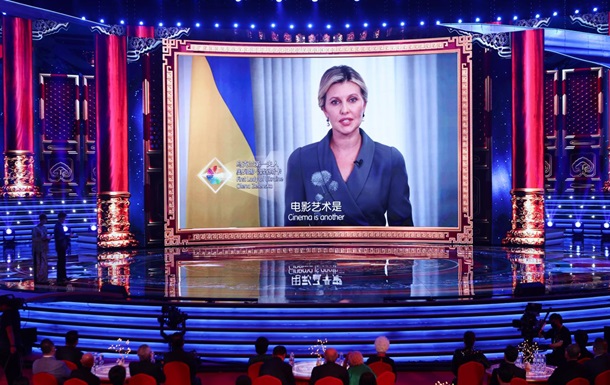 Elena Zelenskaya at the opening of the 11th Beijing Film Festival

The eleventh international film festival is taking place in Beijing, the opening of which took place on September 21 this year.

The First Lady of Ukraine Olena Zelenskaya became a guest of honor and spoke at the opening ceremony of the 11th Beijing International Film Festival (BJIFF). The spouse of the head of the Ukrainian state presented her speech by video link. It is reported by China.org.cn.

Zelenskaya said the film industry will mark the beginning of a new collaboration of Sino-Ukrainian cooperation. And the International Film Festival in Beijing, she said, is not only an example of deep interaction between filmmakers and representatives of other spheres of activity from China and Ukraine, but will also become a new platform in the cultural cooperation of both states.

“I believe the film and television industry will open a new chapter in China-Ukraine cooperation … BJIFF will not only be an excellent example of an in-depth exchange of views between filmmakers and other sectors of the two countries, but also an important platform for cultural cooperation between China and Ukraine,” – said Zelenskaya.

It is known that during the film festival a week of Ukrainian cinema will take place, during which the following films will be shown: Shadows of Forgotten Ancestors, Stone Cross, Evening on Ivan Kupala, White Bird with a Black Mark and others.

Note that this year the festival is dedicated to the centenary of the Chinese Communist Party.

As a reminder, in 2015, the Ukrainian-Russian film Nezlamna received the prize of the Fifth Beijing Tiantan International Film Festival.

There are new photos of Elena Zelenskaya for Elle magazine