In the Dnipropetrovsk region, raiders tried to seize the sunflower crop 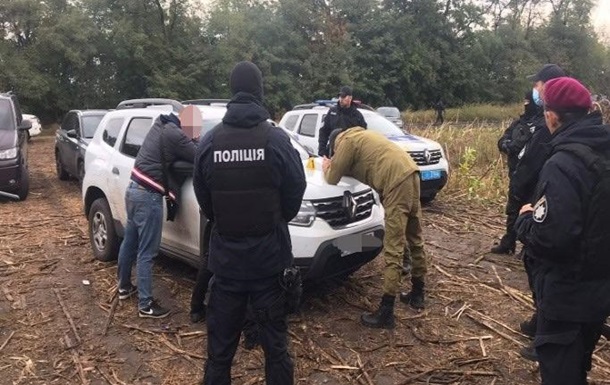 In the Dnipropetrovsk region, they tried to seize the sunflower harvest

Law enforcement officers detained 21 men from different regions of Ukraine. Mobile phones, knives, a gas cylinder and cars were seized from them.

On the territory of the Nikolaev village council in the Dnipropetrovsk region, a group of men was detained, who, threatening farmers with physical violence, demanded to stop harvesting sunflower crops. About this on Friday, September 24, reported press service of the National Police of the region.

“On a field with an area of ​​more than 70 hectares, located on the territory of the Nikolaev village council, a group of men in cars who blocked Kamaz with 7 tons of sunflower seeds gathered. The guys rudely demanded to stop harvesting,” the message says.

Law enforcement officers detained 21 people from different regions of Ukraine. They went to the crime for a monetary reward. Mobile phones, knives, a gas cylinder, and seven cars were seized from the detainees.

Today, four malefactors were handed suspicions under the article on counteracting legal economic activity (part 2 of article 206 of the Criminal Code). They face punishment ranging from a fine to imprisonment for up to six years.

As reported, in Bila Tserkva, eight unknown men put pressure on the director of the enterprise and forcibly removed grain from the territory. The police understood what had happened.

And the day before in the Vinnitsa region, 16 armed men were detained, who were trying to seize the harvest of an agricultural enterprise by force. Weapons and drugs were seized from offenders.

The sale of tickets for the match Finland - Ukraine has started