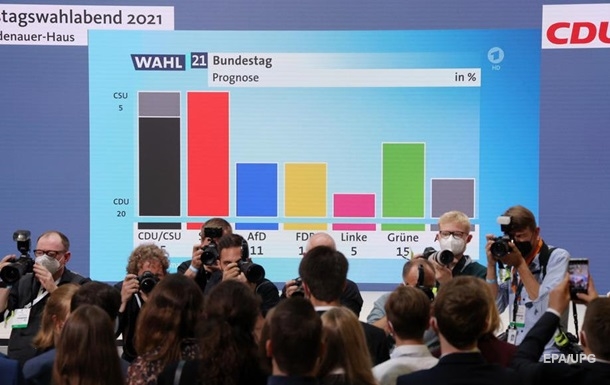 Voter polls did not help to clearly determine the winner, as the Social Democrats and the bloc of the current Chancellor Merkel, the CDU / CSU, received approximately equal votes.

In Germany, exit polls did not make it possible to clearly determine the winner. About it informs European truth on Sunday 26 September.

Two key political forces – the Social Democrats and the bloc of the incumbent Chancellor Merkel, the CDU / CSU – received approximately equal votes in the polls.

“An exit poll commissioned by the ARD broadcaster predicts that both leaders will receive 25% of the vote. Another poll commissioned by the ZDF gives the Social Democrats 26% and the Merkel allies’ bloc 24%. from these polls does not take into account the ballots sent by mail, which may additionally affect the balance of votes, “- said in the material.

Such results mean a significant drop in the ratings of Merkel’s party members compared to the previous elections, when they received 32.9%, as well as an increase in support for the SPD (it was 20.5%)

At the same time, the Greens occupy the third line in both polls with a result of 14.5-15%, significantly higher than in the 2017 elections (it was 8.9%). Note that the Greens promised to prevent the launch of the Russian gas pipeline Nord Stream-2.

At the same time, the ratings of right-wing radicals dropped slightly, which were in third place four years ago. They are now tied for fourth place by the Free Democratic Party according to the ARD poll, with 11%, and according to the ZDF forecast they are only fifth with a result of 10.1%.

Finally, the Left party is expected to enter the Bundestag with 5% support – almost half the number in the previous elections.

Let us remind you that elections to the Bundestag are being held in Germany today. After 16 years in power, German Chancellor Angela Merkel is not running for election.

Without Merkel. What you need to know about elections in Germany