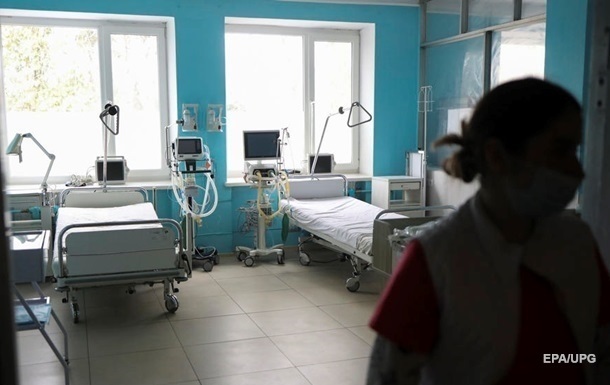 There are almost 100 thousand active cases of coronavirus in Ukraine

The peak of the current wave of the COVID-19 epidemic in Ukraine may come in October; The purpose of the concept is to determine the main directions, mechanisms of the national sustainability system. Korrespondent.net highlights the main events of yesterday.

A national sustainability system has been adopted in Ukraine

President Volodymyr Zelenskyy put into effect the decision of the National Security and Defense Council on the implementation of a national sustainability system. It defines the goals, basic principles, directions, mechanisms and timing of the implementation and functioning of the national sustainability system aimed at ensuring the ability of the state and society to identify threats in a timely manner, identify vulnerabilities and assess national security risks.

Ukraine will receive additional financial assistance from the United States

The governments of Ukraine and the United States signed an additional document to the Agreement on the Implementation of Development Objectives for a total amount of $ 9 million. It is indicated that $ 7 million will be spent on improving the health of Ukrainians, and another $ 2 million – to ensure economic growth.

Zelensky determined directions in the fight against coronavirus

So, in two weeks, all ministries and central authorities must report on the progress of vaccination among their employees – it is desirable that 70% of employees be vaccinated with two doses. The chief doctors of hospitals where violations were recorded and travel agencies that facilitate the receipt of fake certificates and tests should be held accountable.

Hungarian Foreign Minister Peter Siyjarto considered Ukraine’s reaction to the gas contract between Hungary and Russia as “interference” in the country’s internal affairs. He asked the Ukrainian side not to confuse this gas contract with other interstate issues.

Earlier, the Ukrainian Foreign Ministry expressed disappointment with Hungary’s decision to sign a gas contract with the Russian Federation, bypassing Ukraine. Because of this, Kiev decided to cancel the meeting of the Joint Intergovernmental Ukrainian-Hungarian Commission on Economic Cooperation, which was supposed to take place the other day.

Ukrainian Foreign Minister Dmitry Kuleba responded to the statement by the press secretary of the Russian President Dmitry Peskov about the “red lines” due to the possible appearance of NATO troops in Ukraine. Kuleba stressed that “we ourselves will figure out what to do in the interests of the Ukrainian people and the security of Ukraine and Europe”

In Ukraine, the court seized 12 aircraft of the Russian air carrier, which made passenger flights from / to the closed checkpoint Simferopol-avia, and four ships that entered the closed ports and terminals of the Crimean peninsula. It is noted that the Russian airline illegally used 12 passenger aircraft of the Boeing and Embraer brands for the illegal transfer of persons across the state border of Ukraine. It was also found that at least 37 Russian airlines carry out regular air travel to the Autonomous Republic of Crimea in violation of the law.

The leader of the Social Democratic Party of Germany, Olaf Scholz, who is a candidate for the country’s chancellor, is in favor of maintaining gas transit through Ukraine. He noted that with regard to the pipeline, the construction of which has been completed (Nord Stream-2), it is important that everyone takes into account the guarantees that are associated with its work. The guarantees include the fact that Ukraine should remain a transit country.

In the UK, gas stations were massively closed due to fuel shortages

In Britain, due to the current situation, huge queues have formed at the working gas stations. In order to refuel a car, drivers have to wait for hours. The Gasoline Retailers Association, which represents nearly 5,500 independent outlets, said about two-thirds of its members had sold their fuel, while the rest were “partially depleted and will soon run out.”

Fashion Week kicks off in Paris

Famous fashion houses such as Dior, Chanel, Louis Vuitton, Valentino and Balenciaga will return to the catwalk, while successful young designers such as South African label Thebe Magugu and French house Marine Serre will host digital shows. One of the most spectacular shows planned for Fashion Week is the L’Oréal show.

The organizers of the competition have summed up the 13th prize by the Royal Greenwich Observatory in England Astronomical Photographer of the Year 2021. The best shots appeared on website observatory. The winner was a photo of a solar eclipse captured by Shuchan Dong from China.

Surkis: I can't imagine how Dynamo would have developed without Lucescu

In Russia, a pedestrian bridge collapsed on a car, there are victims