The cruise ship was met in Odessa with an orchestra 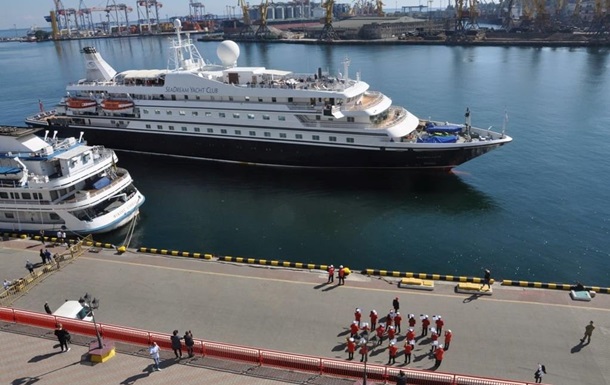 Cruise ship in Odessa was met with the orchestra

For the first time since the beginning of the pandemic, a cruise liner entered the port of Odessa and was greeted with an orchestra.

The first cruise ship Sea Dream II since the start of the pandemic in 2019 arrived at the port of Odessa today, September 28. This is reported by the administration Odessa port.

Passenger motor ship Sea Dream II under the flag of the Bahamas moored today at berth No. 15 of the sea station. He was greeted with an orchestra.

It is reported that the liner makes a cruise between the ports of the Mediterranean and Black Seas with a start in Greek Athens. The previous port of call before Odessa was the Romanian Constanta.

About 60 tourists travel aboard the Sea Dream II, mainly citizens of the USA and Canada. The passenger liner that visited the port today belongs to the class of mega-yachts and is 50 percent full of tourists.

After mooring the liner in the port, the tourists went ashore and went to boarding excursion buses.

Earlier it was reported that in 2020 one of the first cruises in the Caribbean since the start of the COVID-19 pandemic ended ahead of schedule after the discovery of infection in five passengers.