Theft was revealed on road construction in two regions of Ukraine 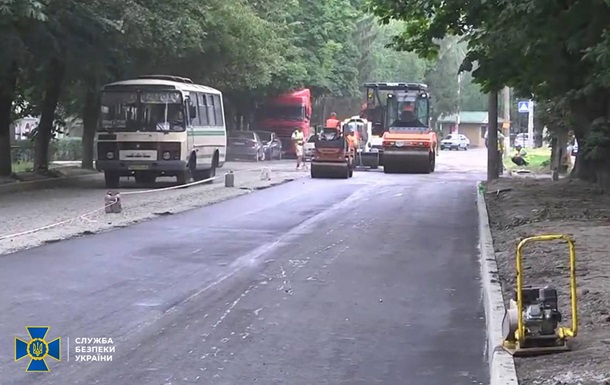 The contractors entered into contracts for the repair of roads, but they did not complete the work in full and in violation of the norms.

SBU eliminated schemes of embezzlement of budget funds allocated for the repair of local roads in the Kherson and Cherkasy regions. Attackers caused damage to the state in the amount of over UAH 3 million, it is reported on the site intelligence services on Thursday, September 30.

The leaders of two commercial structures are suspected of creating a corruption scheme. The contractors entered into agreements with representatives of several local authorities for road repairs, but did not complete the relevant work in full and in violation of the norms.

“The resulting” difference “was put into the shadows. For this, the participants in the transactions entered inaccurate information in the reporting documentation,” the message says.

The heads of contracting structures were informed of suspicion under articles of embezzlement of property or taking possession of it by abuse of office, committed on an especially large scale, official forgery (part 5 of article 191, article 366 of the Criminal Code of Ukraine). Now law enforcement officers are working to bring to justice other persons involved in the scheme.

The day before, it was reported that the Supreme Anti-Corruption Court acquitted the defendants in the case of embezzlement of 88 million hryvnias of the State Food Grain Corporation of Ukraine. Its former head was accused of transferring money for receiving grain, which was virtually absent.

In Nikolayevshchina they bought low-quality electronic textbooks for 16 million

In India, 33 people accused of raping a 15-year-old girl