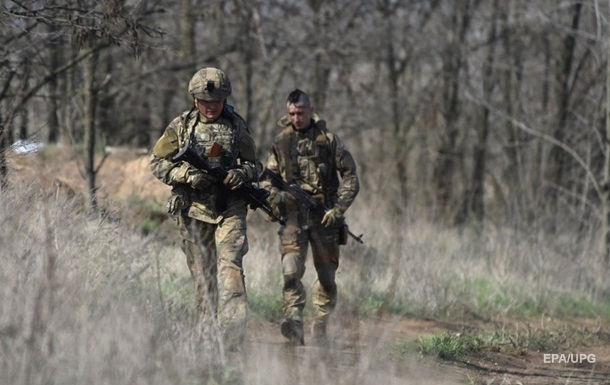 In Donbass, two soldiers were injured

The Ukrainian military responded to shelling by the separatists, forcing them to stop firing.

Since the beginning of the day, separatists have violated the ceasefire eight times in Donbas – two Ukrainian soldiers were injured. About it informs the press center of the JFO headquarters on Friday, October 1.

Near Novoaleksandrovka and Novozvanovka, the separatists carried out targeted shelling of Ukrainian positions from 120 mm mortars.

In the direction of Avdiivka, the enemy opened fire from 120 mm mortars. The settlement itself also came under fire, as a result of which residential buildings and the adjacent territory were damaged. There are no civilian casualties.

Near Lebedinsky, the position of the OOS came under enemy fire from grenade launchers of various systems.

In the Donetsk region, using a drone, the separatists dropped grenade launchers at Pervomaisky.

In the New York area, the enemy fired from large-caliber machine guns, and also used a drone and dropped VOG-17.

In the Luhansk region, an enemy drone, probably Orlan-10, was seen flying over the contact line.

“As a result of enemy shelling, two servicemen of the Joint Forces received gunshot wounds. The soldiers are in a medical institution. The state of health of one wounded is moderate, the other is satisfactory,” it was reported.

The Ukrainian military opened fire in response to shelling from the separatists, which forced them to stop firing.

The day before, 13 attacks were recorded in the Donbass, the Ukrainian Armed Forces suffered losses – one Ukrainian soldier was killed, another was injured.

A day earlier, there were seven attacks in the Donbas per day. The enemy used grenade launchers, machine guns and small arms. The Ukrainian military did not suffer.

Saakashvili was detained in Georgia