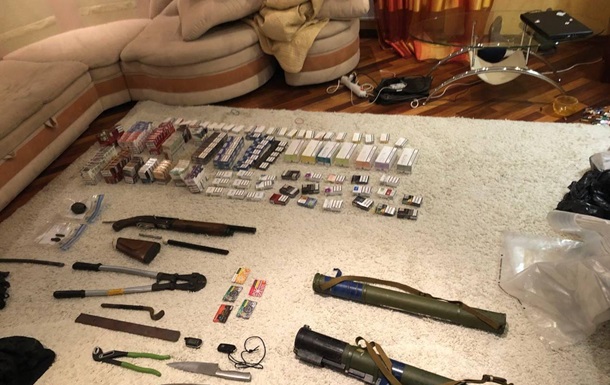 Police detained a thief in the Kiev region with an RPG

The malefactor broke into a shop in the Borispol region and stole cigarettes, as well as food worth almost 100 thousand hryvnias.

Police of the Kiev region detained a recidivist thief who broke into a store on October 1. An RPG, a grant and a firearm were seized from the man. About it informs press office of the National Police.

According to the investigation, on October 1, the offender broke into a shop in the Boryspil region and stole cigarettes, as well as food worth almost 100 thousand hryvnias.

Law enforcers identified the thief. It turned out to be a 37-year-old resident of Brovarsky district, who was repeatedly brought to criminal responsibility.

During the searches, the police confiscated the stolen belongings, a firearm, a grenade, two grenade launchers and weapons for entering the premises from the attacker.

Earlier it was reported that in the Vinnitsa region, the police liquidated an organized criminal group whose members organized the production and sale of drugs.