Seals were born near the Ukrainian polar station 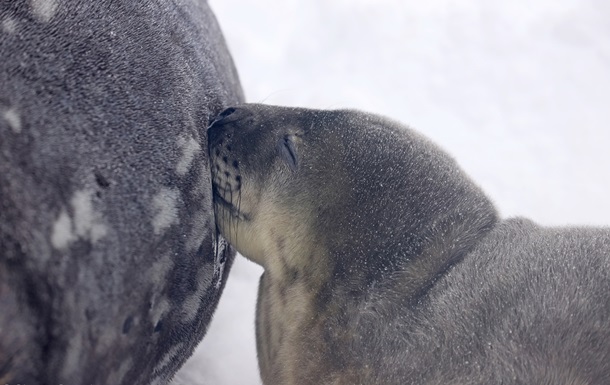 The weight of newborn seals is about 25 kg, and thanks to the nutritious milk of the females, it grows very quickly.

Three seals, two girls and a boy were born near the Akademik Vernadsky station in Antarctica. About it informs Press Office of the National Antarctic Science Center on Facebook.

“The Weddell Seal breeding season has begun in the area of ​​our station, on the Argentine Islands!

The polar explorers collectively named the first girl Penola – in honor of the strait, near which she was born. The right to give a name to the second baby was given to diesel operator Alexander Knizhatko, since he was the first to find her, and even on the eve of his birthday. So the second female became Kralja.

The third baby, unfortunately, did not survive. Laboratory studies of our biologists will allow us to establish the probable cause of his death. At the same time, Kralja and Penola look healthy, well-nourished and active.

The weight of newborn seals is about 25 kg, and thanks to the nutritious milk of the females, it grows very quickly. The feeding period lasts a little more than a month, and at the time of its completion, the cub can already weigh 90 kg.

This “reserve” allows babies to survive the period of hunger when switching to self-feeding in the ocean. By the way, the first acquaintances of seals with water can occur within a week after birth.

Also, Ukrainian scientists are conducting other studies of these animals. For example, they study the characteristics of reproduction and nutrition, take samples of tissues of the umbilical cord and placenta to determine the content of persistent organic pollutants and the like.

Earlier it was reported that the polar Ukrainian station Akademik Vernadsky was covered with snow. The night before, a blizzard raged here, the air temperature dropped to 12 degrees below zero.