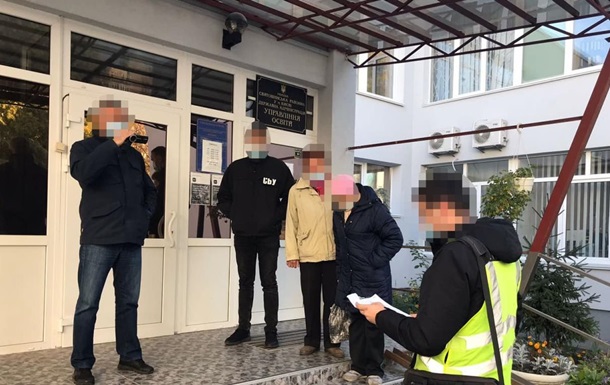 Contractors, according to the investigation, did not complete the work in full and with an overestimation of the cost.

The Metropolitan Prosecutor’s Office conducts searches in the education department of the Svyatoshinskaya Regional State Administration and contractors for the installation of low-quality fire alarms in schools. This was announced on Friday, October 8, by the press service of the Kiev city prosecutor’s office.

According to the investigation, private societies during 2018-2020, by order of the Education Department of the Svyatoshinskaya Regional State Administration, carried out work on the installation of fire alarm systems, early detection, fire extinguishing and smoke removal in schools in the Svyatoshinsky district of Kiev. The cost of the work was 6.9 million hryvnia.

“In the course of the pre-trial investigation, it was established that the contractors did not complete the work in full and at an overstated cost. It was also established that the performance of subcontracted work was registered at enterprises with signs of fictitiousness,” the message says.

Searches are conducted on Friday at the addresses of the persons involved in the production, as well as in office premises. The prosecutor’s office noted that they are looking for primary financial documents and fixing information about the circumstances of the commission of criminal offenses.

Note that in August of this year, the head of the Education Department of the Svyatoshinsk Regional State Administration was informed about the suspicion of the embezzlement of about 2 million hryvnias allocated for the reconstruction of educational institutions in the district.

Earlier it was reported that searches are underway in the branch of Ukrzaliznytsia on the fact of taking possession of budget funds.

Millions of losses: in Kiev, searches are underway in the housing maintenance department

Woman beaten on train sued UZ for compensation of 100 thousand