A plane with parachutists fell in Russia, 19 victims 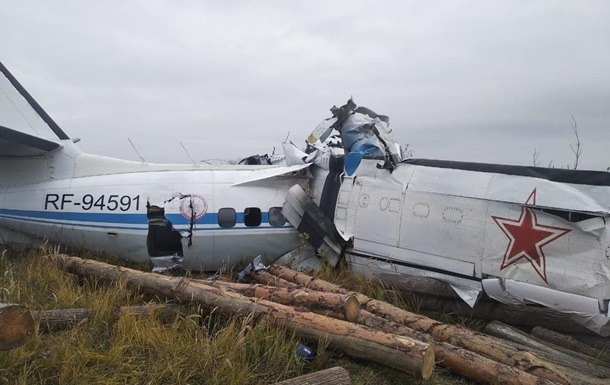 The L-410 plane crashed immediately after takeoff from the airfield in Menzelinsk. He flew just over a kilometer.

In the area of ​​the Russian city of Menzelinsk, Tatarstan, an L-410 plane crashed with paratroopers from a local flying club. Killed 19 people, reports Interfax citing an informed source on Sunday 10 October.

It is indicated that there were 23 people on board – 21 parachutists and two crew members.

According to the source, the L-410 caught fire and collapsed after the crash, but the fire was quickly extinguished.

According to TASS, the plane crashed immediately after takeoff from the airfield of the local aero club. He flew just over a kilometer.

The L-410 aircraft has been in operation since 1987. Previously, he flew in the Air Force of the USSR, then was in storage, and then was transferred to DOSAAF.

Note that this is the second incident with L-410 aircraft in Russia in less than a month. On September 12, in the Irkutsk region, the aircraft of this model made a hard landing in the taiga. Then one person suffered.

Also in September in Russia near Khabarovsk in the crash of the An-26 plane killed six people. No one on board survived.

A plane with parachutists fell in Russia, 16 victims