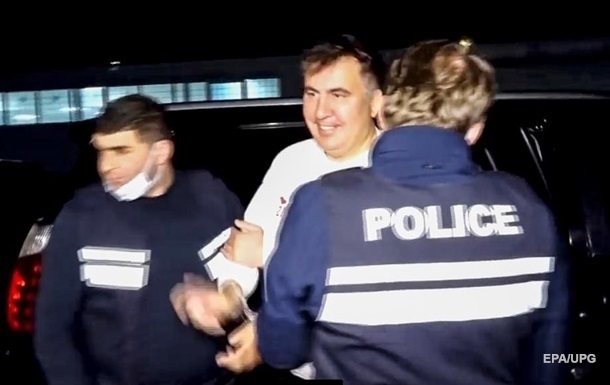 Since the beginning of the hunger strike, Mikheil Saakashvili has been under the supervision of doctors, they say in the department

The department claims that the information of the ex-president’s doctor about the deterioration of his health due to the hunger strike does not correspond to reality.

Former President Mikheil Saakashvili, who has been on hunger strike for ten days in Rustavi prison, is in good health. This is stated in message Special Penitentiary Service of the Ministry of Justice of Georgia, made public on Sunday, October 10, on Facebook.

The department claims that the information of the doctor Saakashvili about the deteriorating health of the politician, disseminated in the media, does not correspond to reality.

“Mikheil Saakashvili receives prescribed medications. By this time, his health is satisfactory. In particular, blood pressure – 120/90, pulse – 90, glucose – 101”, – the Ministry of Justice said and added that since the beginning of the hunger strike, the ex-president has been under the supervision of doctors …

Let us remind you that on October 7, Saakashvili’s lawyer, after a meeting with a client, said that the prison administration deliberately creates everyday problems for his client, in particular, he is not given a mattress and a TV set.

In response, the Georgian Penitentiary Service stated that the information given by the lawyers was a lie, since, according to them, Saakashvili was sleeping on a mattress and using a TV, “which he bought at his own expense in a shop on the territory of the Rustavi prison.”

The European Union proposed a way out of the energy crisis

In the Zaporozhye region, raiders tried to seize a farm