Kharkiv deputy rides with a lion in a car 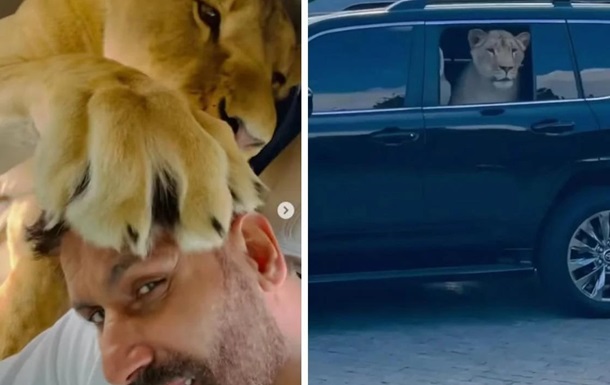 Deputy of the Kharkiv City Council Javid Said with his lion

An African lion in a car licks a deputy’s head and looks out of the window of a Toyota Land Cruiser.

In Kharkiv, City Council deputy Javid Said drives a car with an African lion. The deputy showed a video with a lion in a car on his page in Instagram.

“I haven’t seen Handsome for 2 weeks,” the deputy signed the video.

The footage shows how a lion in a car licks the deputy’s head, looks out of the window of a Toyota Land Cruiser and sits in the front seat of the car.

We will remind, the deputy of the Kharkiv city council Said Javid declared in the section Movable property of the African lion.

Elon Musk announced the release of beer from Tesla

The FBI arrested a nuclear engineer in the United States: he is accused of selling information about submarines to a foreign state