The snake crawled into the motorcycle and attacked the driver 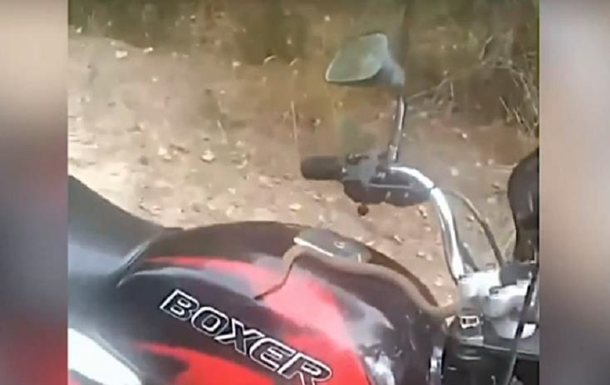 A snake climbed into a motorcycle in the Rivne region

The man briefly left his motorcycle in the forest, and when he returned, he had to meet with a snake hiding near the steering wheel.

In the Rivne region, a motorcyclist stopped in a forest and walked away for a while, while a snake hid in a motorcycle and almost bit the man. This is stated in the TSN plot.

A resident of the Rivne region was riding a motorcycle through the forest, he needed to stop. The man briefly left his motorcycle, and when he returned, he had to meet with a snake.

The snake hid in a motorcycle. The man decided to chase her away with a stick, but the snake rushed at the motorcyclist and almost bit him.

Earlier it was reported that in the Dnieper, a young girl was walking a boa constrictor in one of the city squares.

Scientists have deciphered the dialect of African penguins