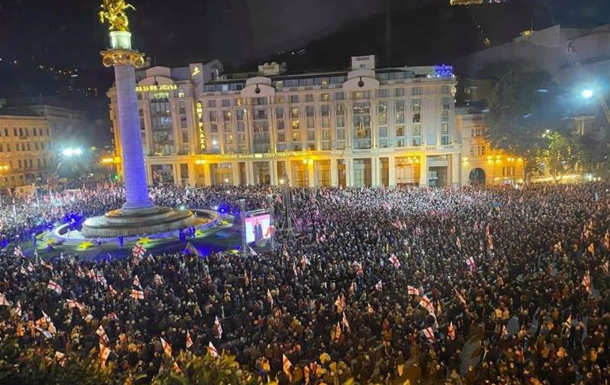 About 50,000 people attended the rally in Tbilisi

The director general of the opposition channel Mtavari and one of Saakashvili’s lawyers read out his message.

In the center of Tbilisi, about 50 thousand people took part in a rally demanding the release of ex-President of Georgia Mikhail Saakashvili. It is reported by Echo of the Caucasus.

The rally was organized by the United National Movement Party.

It is noted that the general director of the opposition channel Mtavari and one of Saakashvili’s lawyers read out his message, in which he called on opposition supporters to unite and vote for candidates from the National Movement on October 30, who went on second rounds in almost all major cities of Georgia in local elections.

Tens of thousands of Georgians gathered on the main square in #Tbilisi demanding to free 3rd President of Georgia #MikheilSaakashvili #freesaakashvili pic.twitter.com/yiwBRy7rKW

Let us remind you that Saakashvili was detained in Tbilisi on October 1. At the moment he is in the prison of the city of Rustavi.

Georgian President Salome Zurabishvili said she would not pardon Mikhail Saakashvili. At the same time, the Georgian prosecutor’s office announced that the ex-president of Georgia would spend at least six years behind bars.

Saakashvili told why he returned to Georgia