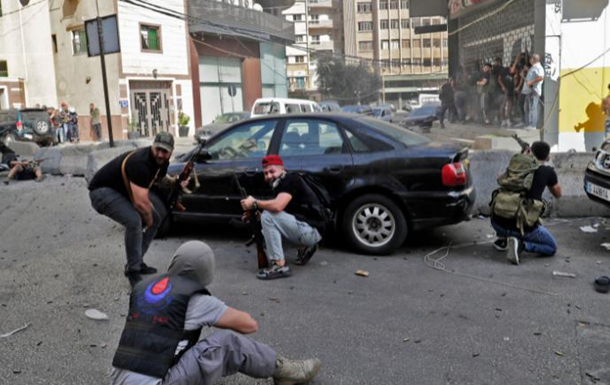 There was a shootout in Beirut

There are no Ukrainians among the dead and wounded as a result of the shooting in Beirut. This was announced by the representative of the Ministry of Foreign Affairs of Ukraine Oleg Nikolenko.

Today, October 14, in Beirut, Lebanon, unknown persons opened fire at a protest. The shooting killed at least 6 people and injured more than 30. It is reported by CNN.

The protesters demanded the resignation of the judge who is investigating the explosion in the port in August 2020.

There are no Ukrainians among the dead and wounded as a result of the shooting in Beirut. About it reported representative of the Ministry of Foreign Affairs of Ukraine Oleg Nikolenko.

It is noted that the Ukrainian Embassy in Lebanon has opened a round-the-clock hotline to provide assistance to Ukrainians.

Beirut.
The Lebanese capital descended into chaos today as gunfire was exchanged in the centre of the city. Hezbollah and its allies had been protesting for the removal of the judge leading the inquiry into the Beirut blast last year before violence erupted. pic.twitter.com/HPq5qYtZ7W

Extremely disturbing images #Beirut: Shiite fighters are moving into the city center from southern Dahieh. The starting point of today’s escalation were shots at demonstrating Hezbollah supporters who protested against investigating magistrate Bitar at the Ministry of Justice. pic.twitter.com/3r8z0Vku4v

As previously reported, the number of victims of the explosion in Beirut exceeded 170.

Explosion in Beirut. Ukrainians were involved