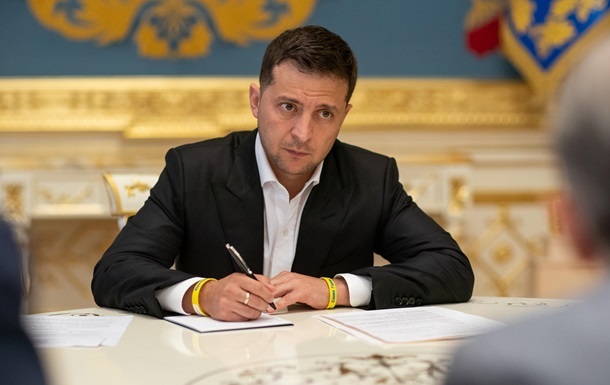 Zelensky signs decrees on conferring the title of Hero of Ukraine

The head of state awarded two servicemen posthumously the title of Hero of Ukraine with the presentation of the Order of the Gold Star.

President Volodymyr Zelenskyy signed decrees posthumously conferring the title of Hero of Ukraine on two Ukrainian servicemen. The relevant documents on Thursday, October 14, were made public on the website of the head of state.

Thus, the title of Hero of Ukraine with the award of the Order of the Golden Star was awarded posthumously to Colonel Nikolai Verkhoglyad and soldier Rustam Khamraev.

Colonel Nikolai Verkhoglyad was awarded the title “for personal courage and heroism displayed in the performance of combat and special missions, for loyalty to the military oath.”

Soldier Rustam Khamraev – “for personal courage and heroism shown in protecting the state sovereignty and territorial integrity of Ukraine.”

As writes Ukrinform, the commander of the Ukrainian peacekeeping contingent in the Muslim enclave of Zepa during the war in Bosnia, Mykola Verkhoglyad, died on May 30 from a severe form of COVID-19.

Rustam Khamraev died on June 17, 2014 during a battle in the village of Metallist near Luhansk.

Recall that today Zelensky congratulated the defenders and defenders of Ukraine on the holiday.

In August, Zelensky signed a law according to which the Day of the Defender of Ukraine, which is celebrated annually on October 14, introduced by the fifth President, Petro Poroshenko, will now be called the Day of Defenders and Defenders of Ukraine.