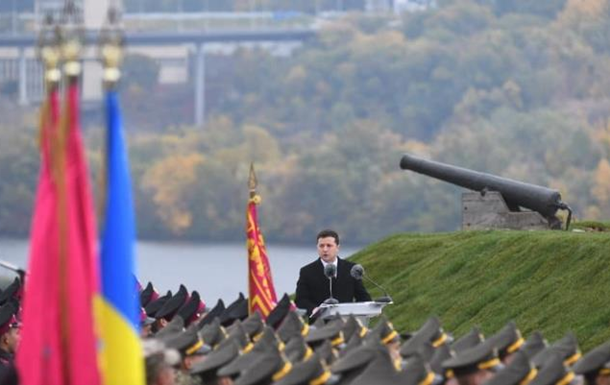 The oath was taken by 150 first-year students from Zaporozhye, Kryvyi Rih and Lugansk lyceums with enhanced military-physical training.

On the island of Khortytsya in Zaporozhye, President Volodymyr Zelensky took an oath of allegiance to the Ukrainian people from students of three lyceums with enhanced military physical training. It is reported by Ukrinform.

The oath was taken by 150 first-year students from Zaporozhye, Krivoy Rog, Lugansk lyceums.

“You were born and grew up in an independent homeland. You did not have another flag, another anthem. Perhaps you do not fully realize all this. But I want you to remember all this … Today I do not see children here. They are standing in front of me. men, “Zelensky said.

The President noted that the Lugansk Lyceum located in the temporarily occupied territory was destroyed, but over time the institution will be rebuilt.

As previously reported, President Volodymyr Zelenskyy congratulated the Ukrainian military on the Day of Defenders and Defenders of Ukraine and thanked them for the conscientious fulfillment of military, service and civic duties, courage, heroism and self-sacrifice.