Marking the year of celebrations for the centenary of the birth of educator and philosopher Paulo Freire (1921-1997), Editora Expressão Popular, in partnership with the Union of Teachers of Federal Universities of the State of Ceará (ADUFC), launches the work Liberation Scenarios – Paulo Freire in Prison, Exile and University, by Clodomir Morais.

The release also pays tribute to the memory of the author, who died in 2016. Morais was a journalist, lawyer, sociologist and an important intellectual and activist in the struggles of the countryside in Brazil. A communist militant, he was one of the leaders of the Peasant Leagues, organizations formed by the Brazilian Communist Party (PCB) from 1945 onwards.

Like Freire, internationally recognized for creating an emancipatory literacy methodology, Morais developed theories of knowledge in defense of agrarian reform. 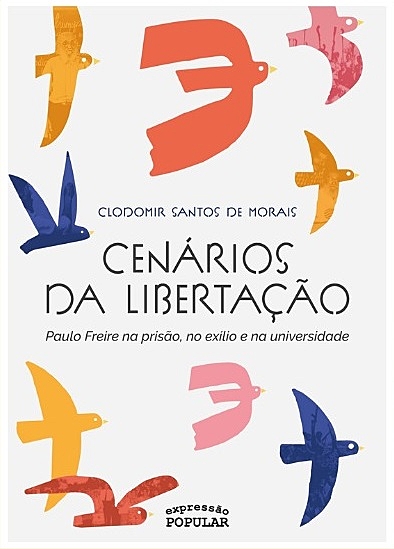 In the publication, the author describes 12 biographical scenes, many of which involved living with Paulo Freire, with whom he became a close friend. With the military coup of 1964, both had their rights revoked, were arrested and shared a cell in Recife.

“Liberation is about hope”

What caused hard moments, such as the anguishes prior to exile or living in prison, to have their narratives compiled under the title of scenarios of liberation? This was the first question addressed to the writer of the book’s preface, the educator and activist Sérgio Haddad, who was also the author of a work about Paulo Freire.

“They are inside the prison, not in a state of weakening, but of searching, searching, fighting”, says Haddad.

“Paulo Freire used a lot the idea of ​​active hope, which goes to fight; not a hope that waits”, explains the educator. “So this, together with the idea of ​​the inexorability of history, brings this idea of ​​movement”, he points out, reflecting on how both developed participatory methodologies.

Social transformation, therefore, “is not something that you have to wait for it to happen, but that you have to participate because you build this future, right?”, reflects Haddad. “Liberation Scenarios it has to do with this idea of ​​building the future. Thinking, dreaming, building utopias and going out to fight for it,” he sums up.

More than simply the development of methods to be applied, Sérgio Haddad draws attention to the fact that both thinkers whose meetings are described in the book were dedicated to building a conception, a way of thinking about the construction of knowledge.

“It’s the idea that everyone carries with them knowledge, carries an experience of life, and that this is the basis for building awareness processes and, consequently, for the struggle for rights”, analyzes Haddad.

Liberation Scenarios reaches the public again after 12 years of having its first edition sold out. Recalling these trajectories, says the editorial note that opens the book, “is facing the recent history of our country, marked by the advance of authoritarianism and attacks on education”. But it is also a form of hope.

ARTICLE | It is necessary to cut the force of the coup in Brazil, and it resides in the Planalto Palace

In RN, the Northeast Fair of Family Agriculture and Solidarity Economy exhibited more than 200 products

EU Ambassador to Minsk spoke about new sanctions against Belarus