Fatal road accident in Kharkov: the intersection is strewn with debris 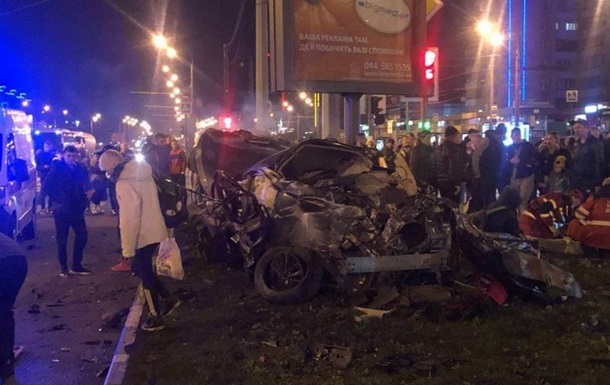 After the collision, the cars flew tens of meters more. The driver of one of them was killed. Three passengers of the other were injured.

In Kharkov on the evening of Tuesday, October 26, there was a fatal accident. The Infiniti car at high speed drove to the intersection at a red light and collided with another car, the driver of which was killed. This was reported by the press service of the regional police.

According to preliminary data, one person died in an accident, three more were injured. Police officers, an investigative-operational group and doctors work at the scene. The circumstances of the accident are being clarified.

Photos and videos from the accident site were also published. The footage shows how a car at high speed passes the intersection at a red light and collides with another car. After the impact, they drive several tens of meters.

According to eyewitnesses, one of the cars crashed into a billboard. The published photographs show parts of damaged vehicles scattered on the road and lawn. One of them is a twisted pile of metal.

According to Insider UA, the Chevrolet driver died, and the ambulance took three of the victims from Infiniti (one woman with multiple fractures).

Earlier it was reported that in the Dnipropetrovsk region there was a massive accident, there is a victim.

And in the Kherson region there was an accident in which two children died.

A soldier from the Poltava region died in the Donbass