Near Toronto, a plane lands in the middle of a busy Autobahn 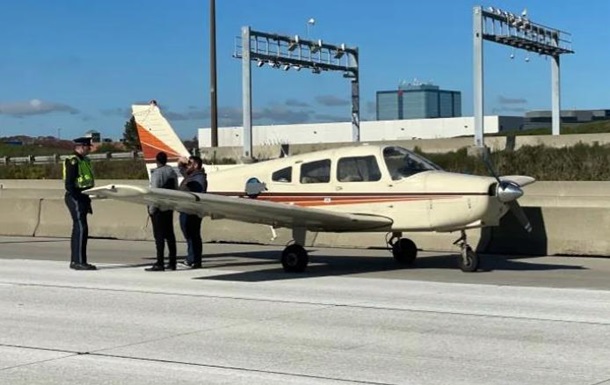 In Canada, the plane lands on a busy Autobahn

The plane made an emergency landing, as a few minutes after takeoff experienced technical difficulties.

Near Toronto, Canada, a light passenger plane is forced to land on a busy Autobahn. About it informs CBC News Thursday, October 28th.

The plane took off from Markham airport in the suburbs of Toronto, but a few minutes after takeoff experienced technical difficulties. Realizing that there was no technical ability to return to the airport, the pilot and instructor decided to land the plane on a 10-lane stretch of freeway near Toronto.

As a result, no one was injured, the plane or cars were not damaged. Traffic on the highway was stopped for some time until the plane was evacuated from the road.

🎥 New footage from our CCTV cameras of the plane that made an emergency landing eastbound on 407 ETR just west of Woodbine this morning! The plane has been removed from the scene and our team is in the process of reopening all lanes. pic.twitter.com/DlSDZBTEoz

Airplane landed on #Hwy407 at Woodbine Ave. No injuries, no damage https://t.co/bwHU2DoDuh

We will remind that earlier in Spain it was barely possible to avoid a collision of two passenger planes. The Iberia plane was in the middle of the runway and was about to take off when another plane started approaching in the same runway.

It was also reported that a cargo plane crashed in Indonesia. The aircraft tried to land, but a disaster occurred due to thick fog. One pilot was killed, the other survived.

Lockdown due to coronavirus began in Moscow and the Moscow region