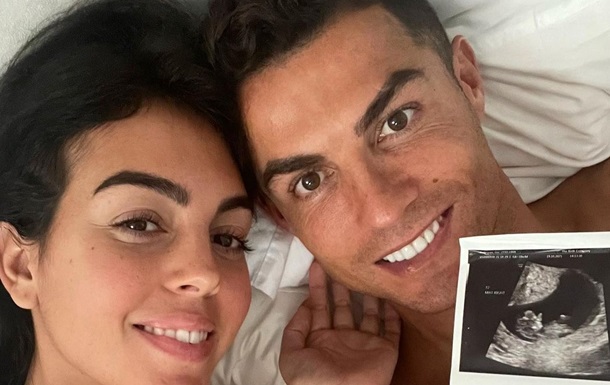 The Manchester United forward has confirmed that he will become a father for the fifth time. He already has four children, including a daughter from Georgina Rodriguez.

He published a photo with a 27-year-old lover, in which he demonstrated the result of an ultrasound scan.

“I am glad to announce that we are expecting twins. Our hearts are full of love – we cannot wait to meet you,” the athlete and father of many children wrote in the publication.

The 36-year-old Manchester United striker already has four children: Cristiano Jr., born in 2010 to an unknown mother, Eva and Mateo, born in 2017 from a surrogate mother, and Alan Martin, who Georgina gave birth to in 2017.

Recall that the couple has been dating since 2016. They met at a Gucci store in Madrid, where Rodriguez worked as a saleswoman.