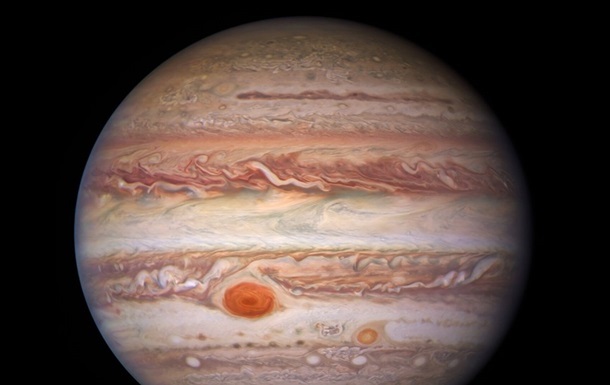 The diameter of the giant super-storm on the gas giant is larger than that of the Earth.

Interplanetary station Juno managed to measure the depth of the vast anticyclone on Jupiter, known as the Great Red Spot. It is reported by NASA.

The microwave radiometer of the probe, orbiting the giant since 2016, allows scientists to “look” under the clouds and study eddies in the planet’s atmosphere.

The new results show that the Great Red Spot covers areas below where water condenses and clouds form, where sunlight no longer warms the atmosphere.

Scientists were able to measure Juno’s speed changes to an accuracy of 0.01 millimeters per second using NASA’s deep-space network tracking antenna from over 650 million km away.

They concluded that the Great Red Spot is about 300 miles (500 kilometers) below the cloud top. 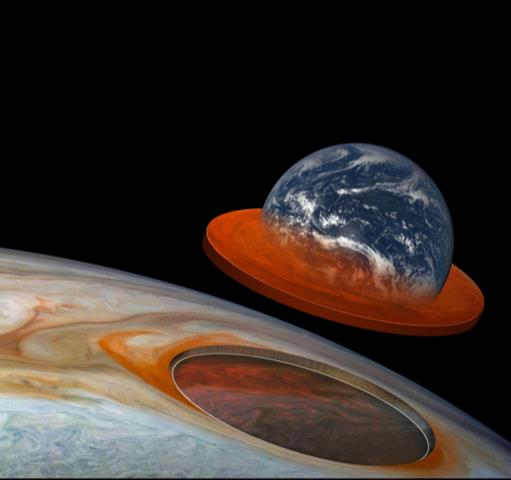 The illustration shows the size and depth of the Great Red Spot on Jupiter in relation to the size of the Earth.

Jupiter is also known for its white and reddish cloud bands that encircle the planet. Strong winds blowing from the east and west separate these strips, the depth of which reaches 3.2 thousand km.

The data collected by Juno suggests that ammonia gas in the planet’s atmosphere is moving in “remarkable agreement with observed jet streams.”

In addition, thanks to the station, scientists have found that giant cyclonic storms at both poles of Jupiter – eight in the north and five in the south – are extremely stable, remaining in the same place.

Astronomers have previously provided images of Jupiter that reveal details of the gas giant’s atmosphere, including showing the Great Red Spot.