Results 28.10: Kiev in the red zone and the ban of the Cabinet of Ministers 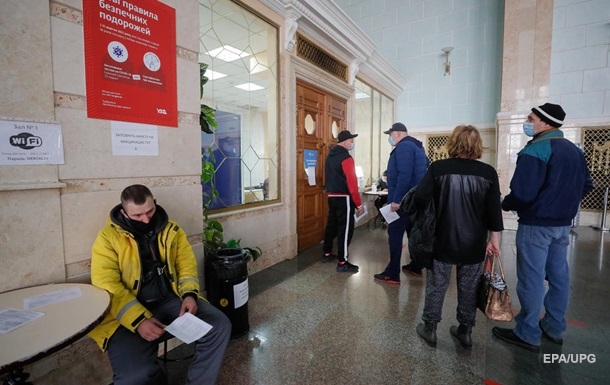 Kiev will enter the “red” zone on November 1

Kiev was transferred to the “red” quarantine zone; The Cabinet of Ministers has banned the shutdown of heating in Ukraine until spring. Korrespondent.net highlights the main events of yesterday.

The State Commission on Technogenic and Environmental Safety and Emergencies at an extraordinary meeting decided to establish from 00:00 hours on November 1, 2021, the “red” level of epidemic danger in the city of Kiev.

Starting Monday, only people with a negative PCR test or COVID certificate will be allowed to visit and work in crowded places, as well as use public transport.

The government has forbidden to turn off the heating until spring

The Cabinet of Ministers of Ukraine has banned the shutdown of gas supply to heat supply companies, schools, hospitals and other social infrastructure facilities until the end of the current heating season.

According to Prime Minister Denis Shmyhal, Ukraine is able to pass the entire heating season stably.

The minor driver of the Infiniti car Nikolai Mikhailovich Kharkiv, who provoked the fatal accident in Kharkiv, was sent under arrest for 60 days without the right to post bail. During the trial, it became known that another criminal case was brought against the teenager – it was he who, after the accident from the hospital toilet, announced the theft of his car.

Naftogaz won a tender for gas supplies to Moldova

NJSC Naftogaz of Ukraine took part in an auction for gas supplies to the state-owned Moldovan company Energocom. NAC won the tender for 500 thousand cubic meters. Deliveries will start on October 29th.

Health Minister Viktor Lyashko assured that the problem with the supply of oxygen to hospitals for the treatment of patients with coronavirus has been resolved. The head of the Ministry of Health reported that 35 producers will supply oxygen: 23 medical and 12 technical oxygen.

The Ministry of Social Policy announced an increase in pensions

Minister of Social Policy Marina Lazebnaya said that in 2022 the authorities plan to increase pensions in 12 stages for various categories of the population. According to her, as of January 1, 2022, the average pension in Ukraine will be UAH 4,000.

At the end of September, wage arrears in Ukraine increased by 1.9% (compared to August) and reached UAH 4.004 billion. The bulk of the debt falls on the industrial sector. The “leader” among the regions is the Donetsk region (22% of the total).

Vice President, Head of the Swiss Federal Department of Foreign Affairs Ignazio Cassis held talks in Kiev with Ukrainian President Volodymyr Zelenskyy and Foreign Minister Dmitry Kuleba. The parties discussed, in particular, preparations for the 5th Conference on Reforms in Ukraine, which will be held in July 2022 in the Swiss city of Lugano.

Following the meeting, Kuleba also said that Ukraine and Switzerland had completed the procedure for mutual recognition of documents on vaccination against coronavirus.

In the United States, a Russian was charged with developing programs for a hacker network, he faces 60 years in prison