Zelenskiy reaches out to wealthy countries over climate change 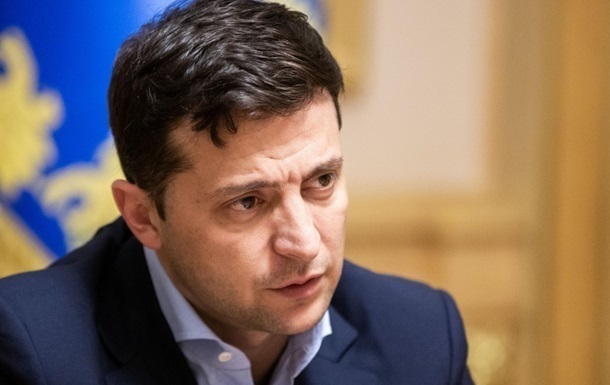 Zelenskiy urges rich countries to help others amid climate crisis

President Volodymyr Zelenskyy called on rich countries to help developing countries ensure a green modernization of their economies. This is stated in his column for the Green Deal project. informs Interfax-Ukraine on Monday, November 1.

“This is not just a moral obligation for rich countries to help developing countries achieve green economic modernization. This is part of a global rescue technology. We can stop catastrophic climate change if everyone on whom it depends is in good faith. degrees Celsius is quite real. Climate neutrality is also real. But only on condition that the states of the world will go towards this in a coordinated and responsible manner, “Zelensky said.

According to him, the Glasgow climate conference is “one of the most important gatherings this year.”

“If the pace of climate change cannot be reduced, then after 2030 the social and economic losses will be so significant that we simply cannot even imagine it yet. No one in the world is able to shut off this threat within its national borders. And no one can beat the climate at the expense of politicking, “Zelensky added.

At the same time, Zelensky stressed that Ukraine welcomes the Leaders’ Declaration on the Use of Forests and Land, initiated by the UK.

“The restoration and protection of forests should be an unconditional priority. Ukraine has already started this work, and in 10 years the area of ​​forests in our country will grow by 10 million hectares,” the president said.

“Another important step that can be agreed right now in Glasgow and which we support is a global initiative to reduce methane emissions. This is one of the most dangerous greenhouse gases, and there is enough scientific research to confirm this. Yes, we must take into account the real economic circumstances of each country. and look for a way to achieve common goals, which will be perceived and supported by societies. But the climate cannot just wait – action is needed, “Zelensky stressed.

“The state and business are spending more and more resources to adapt to climate change, primarily to the agricultural sector, in order to ensure the food security of our society,” Zelensky summed up.

Recall that earlier the G20 leaders agreed to fight warming. By “mid-century”, the G20 countries are committed to achieving zero carbon dioxide emissions.

UN Climate Conferences. What we have achieved in 25 years