“If it’s black and slum dwellers, then was The question was on one of the posters protesting the protest of residents of the Portelinha community, in Curitiba, against the murder of young Eduardo Felipe Santos de Oliveira. At the age of 16, Eduardo was killed by military police officers from Rondas Ostensivas Tático Móvel (Rotam) , on Saturday night (6).

“He was brutally killed by the police. My two children and I had just left the house, it was a matter of minutes. The police arrived shooting at him, he ran into my house and they killed him inside my house, with more than 15 shots “, said the resident*.

The young man worked with recycling and, eventually, as a bricklayer’s assistant. During the protest, residents reaffirmed the teenager’s innocence and asked for peace in the city’s slums. 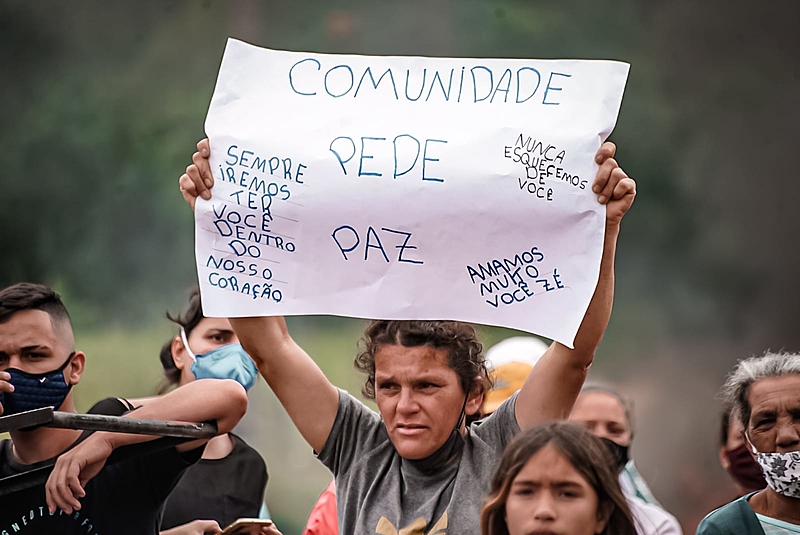 Protest called for peace in the favelas of Curitiba / Giorgia Prates

“He had friends, family, a very dear person. We are tired of being oppressed, of the police entering the favela and taking the life of whoever they want. They take their lives and go with the excuse of a firefight,” said the resident .

During the protest, residents blocked the main access roads to the community. During the act, several residents spoke. One of them highlighted the brutality of the military police in the favelas and called for more care. “Be careful with the police actions, be careful with our children, our houses are made of wood, they cannot withstand bullets. We have children, elderly people in wheelchairs,” he said.

:: “It was just children”, cry residents of Parolin in protest against the death of 4 young people :: 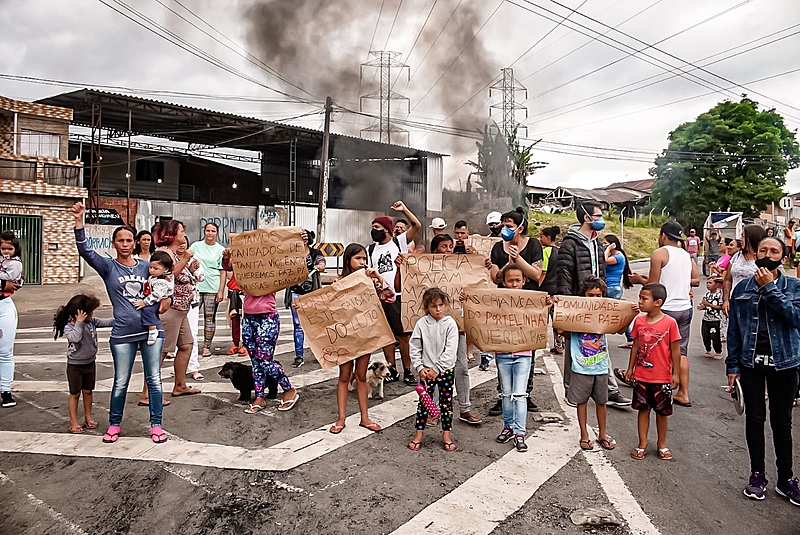 Act happened the day after the murder of Eduardo / Giorgia Prates

The official version of the case is that the Military Police was called to attend to an incident in the vicinity, after being heard firearms. When they arrived at the scene, a confrontation would have occurred.

The report of Brazil de Facto Paraná contacted the PM’s press office, asking for more detailed information about the operation that killed Eduardo Felipe. Until the closing of this report, there was no response.

*For security reasons, the names of residents were omitted.

After 8 years of the Ayotzinapa Case, soldiers are convicted and family members accuse pact of silence

Quaest: Lula extends advantage in MG, surpasses Bolsonaro in SP and oscillates up in RJ

In Kiev, the music producer of the hit group KAZKA was beaten

Gas rises in price on refusal of Gazprom from trading