For the first time since 1979, journalists from the capital of São Paulo held a stoppage between newsrooms of several vehicles this Wednesday (10). Due to a salary increase of 8.9%, following inflation, at least 350 workers folded their arms for two hours, between 4 pm and 6 pm.

:: Journalists perform an act at Globo and prepare for work stoppage due to salary readjustment ::

Being the fifth most commented subject in the Twitter from Brazil, the stoppage of journalists also received international support. Solidarity was expressed by the Federación Internacional de Periodistas (FIP) and the Federación Argentina de Trabajadores de Prensa (FATPREN). 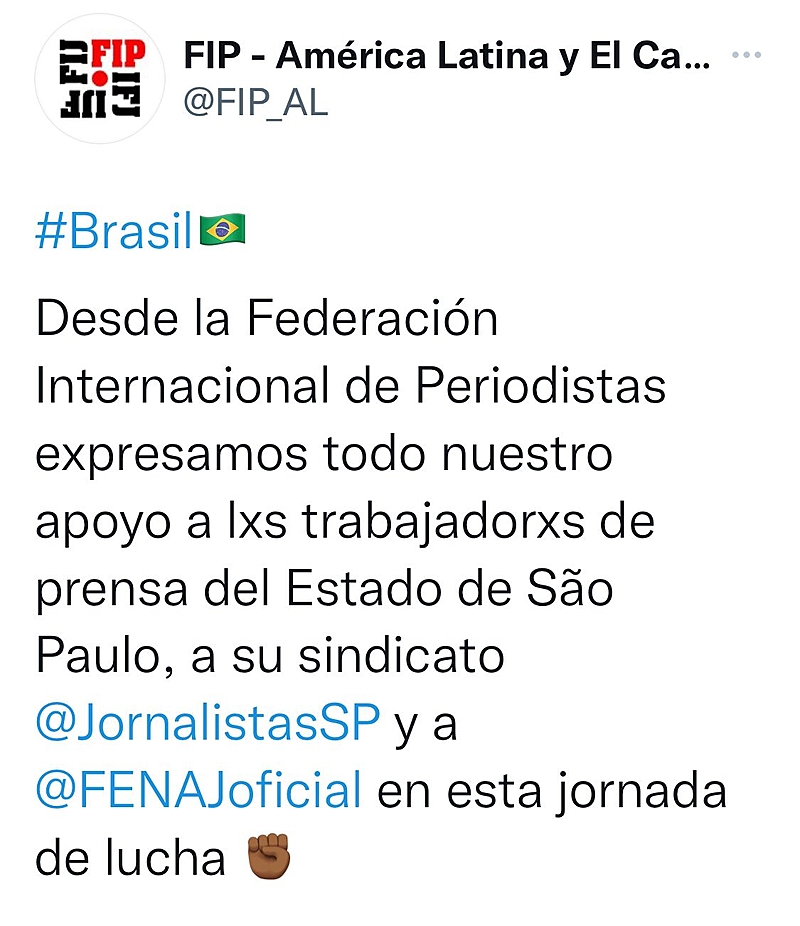 The FIP, one of the largest organizations of journalists in the world, brings together unions and federations from 140 countries / Print – Archive

Negotiations with media companies have lasted five months and, according to the São Paulo Journalists Union (SJSP), is being marked by the “intransigence of the bosses”. The last Collective Convention of Newspapers and Magazines in the Capital took place last Monday (8), when the employers’ union offered different readjustments for three salary ranges, none of which covered the annual inflationary losses on salaries.

In an assembly held this Tuesday (9) with about 250 people, the employer’s proposal was rejected by the workers. In an act in front of Editora Globo’s headquarters in São Paulo, journalists opened a banner claiming that the 8.9% increase be given to the entire category, without distinction. 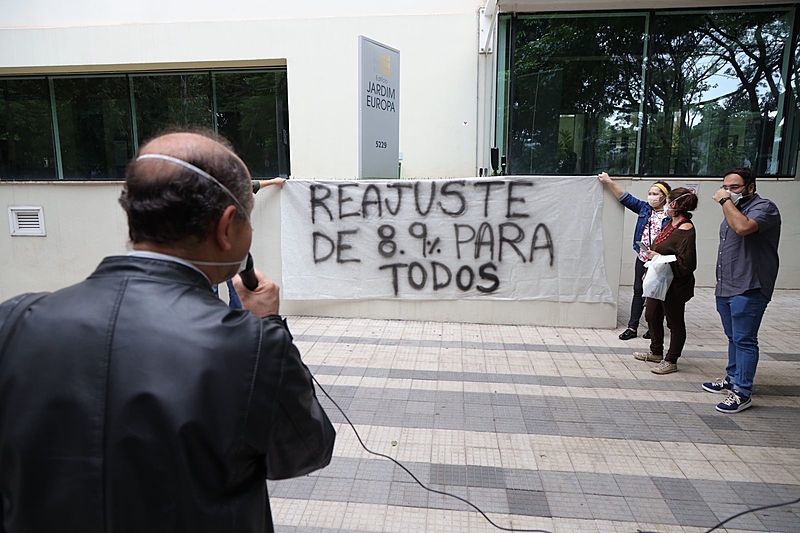 In front of Globo’s headquarters in São Paulo, journalists reaffirm demand for readjustment according to inflation for all salary ranges in the category / Eduardo Viné – SJSP

Journalists in São Paulo claim a retroactive 5% readjustment, starting in June 2021, and another 3.72% starting in this month of November. The proposal includes the maintenance of the PLR ​​(Profit Sharing) fine and an increase of 8.9%, a percentage that follows the INPC (National Consumer Price Index) for the year.

For Thiago Tanji, president of the SJSP, the day was “historic”: “If there was any doubt about the fact that journalists are workers, whether our category is united or not, today it has been resolved”.

“We are united and have proved that for us to be able to have wage replacement, move forward and resist any kind of precariousness, we have to take decisions like this, which strengthen us,” said Tanji, ending that “it was an important message for the journalists from São Paulo and from all over Brazil”.

As soon as there is a counter-proposal by the employers’ union, a new assembly of journalists will be scheduled.

More polluting and expensive, thermoelectric plants multiply and keep Brazil away from the energy transition

Two more drugs for COVID-19 will be tested in Ukraine