Residents of the Portelinha community, in the Portão neighborhood of Curitiba, made a new act asking for justice for Eduardo Felipe Santos de Oliveira. At the age of 16, Eduardo was killed on Saturday (6), in a police operation carried out by Rondas Ostensivas Tático Móvel (Rotam). This is the second act done by residents in repudiation of murder. 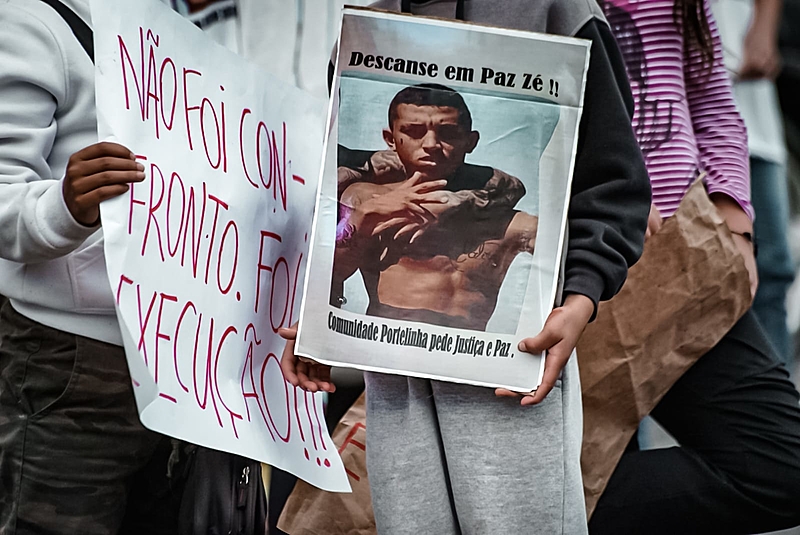 At the time, residents wore T-shirts with a photo of the young man, known in the community as “Zé”. On the protest posters, the community rebutted the Military Police’s version of the death, with phrases such as “It wasn’t a confrontation. It was an execution” and “The police lie, they always throw the flagrants into the hands of the innocent.” 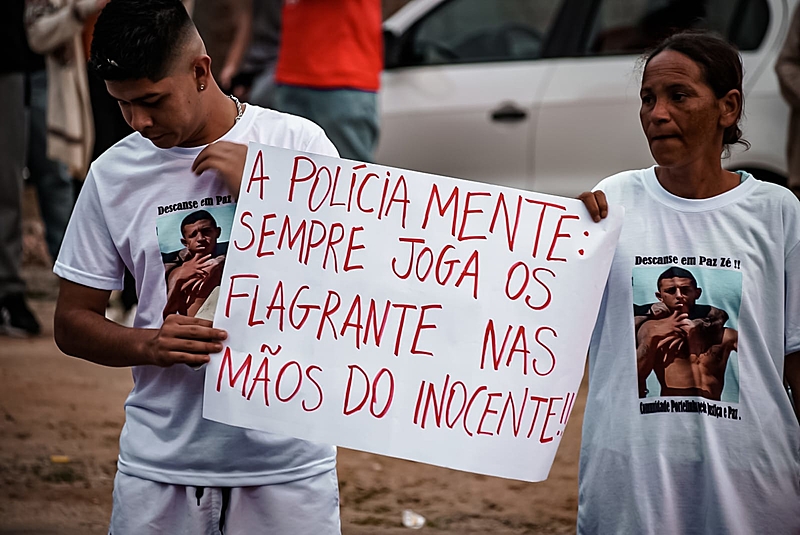 :: Young man is killed with more than 15 shots during police operation in Curitiba ::

The resident of the house reported to the Brazil in fact Paraná that the police arrived shooting Eduardo in the back. The family kept the coat that the young man was currently wearing, which demonstrates the number of shots. Eduardo was a recycling worker and, as residents report, very dear to the community. 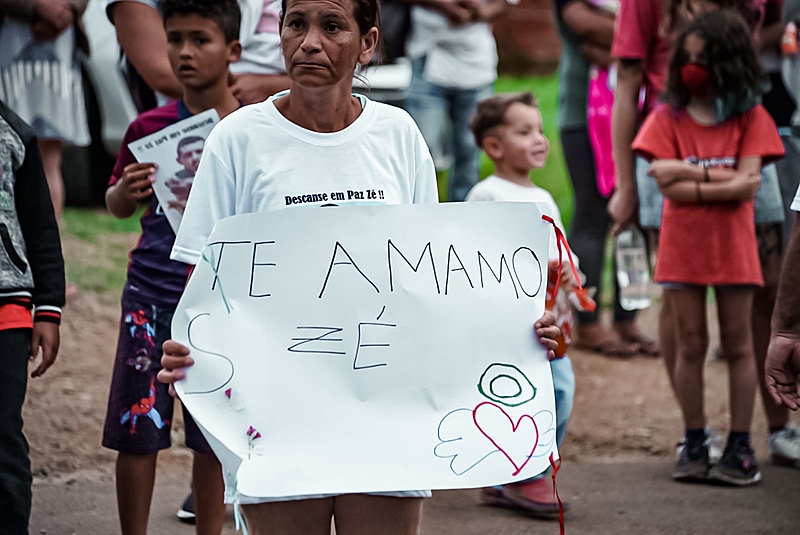 For the police, there was a confrontation

In a note sent to Brazil in fact Paraná, the Military Police stated that it was called after reports of firearms being fired in the region. On Rotam’s second patrol at the site, the police “sighted a man with an object in his hands” and tried to make the approach, but the man fled.

Also according to the PM, it was found “that he had a firearm and they tried again to make the approach, at which time the boy would have pointed the weapon at the team and fired. To fight back the unfair aggression, the police also carried out shots, but the man fled. When he tried again to approach, the boy again pointed his gun at the police, who retaliated and the man ended up being hit.”

The PM also informed that Criminalistics collected a .38 caliber revolver and 123 cocaine pins.

At no time, the PM’s note informs the identity of the man pursued in the action.

The Human Rights Commission of the Legislative Assembly of Paraná (Alep) forwarded a request for an investigation into the death to the Public Security Secretariat of Paraná (Sesp-PR), this Monday (8).

Signed by deputies Tadeu Veneri (PT) and Goura (PDT), the document calls for an investigation into the “possible irregular use of police force” in the action that killed Eduardo and states that the action leaves room for suspicions of abuse of authority and other acts more serious.

The request also emphasizes that the practice of violence in the name of the order is inadmissible. “The relevant duty of the public security forces involves the proportional and limited use of force, only when and to the extent necessary, and restricted to containment, never admitting that violence is committed in the name of order”, says an excerpt of the document.

The National Guard is testing bulletproof vests for women