The Senate approved this Tuesday (9), in two rounds, the proposed amendment to the Constitution that transforms basic income into a social right (PEC 29/2020). According to the text, the Constitution guarantees the right to a minimum income, owed by the State, to every citizen in a situation of vulnerability. The PEC goes to the Chamber of Deputies.

The proposal entered the agenda to start its discussion period, but, thanks to agreements in the Plenary, it went through two rounds of voting in the same afternoon. Approval was unanimous in both, with 63 favorable votes. According to the text, the rules for access to basic income will be regulated in the future by law. The implementation of income can be done in stages, prioritizing citizens in situations of income insufficiency.

The text was approved on the same date that the Chamber approved the PEC dos Precatórios and, in this way, opened space for the Auxílio Brasil, the new social program of the government of President Jair Bolsonaro (no party). This month, the Executive ended the Bolsa Família, implemented in PT governments. The Senate, however, is still going to analyze the proposal that had the approval of the Chamber.

::: With 323 votes, Chamber approves PEC dos Precatórios in second round :::

Brazil Aid, however, has an expiration date. He was allowed to be paid only until the end of Bolsonaro’s administration. The author of the PEC, senator Eduardo Braga (MDB-AM), defended the initiative arguing that Brazil needs an instrument against social and regional inequalities that is not tied to “on-call governments”.

“The objective of this proposal was to include basic income as a public policy that is not at the mercy of the government on duty. Suddenly, the government decides to end the basic income and ends up generating insecurity for those who already suffer. [Impedir isso] was the basic principle of our amendment”, said Eduardo Braga.

Senators Flávio Arns (Podemos-PR) and Paulo Paim (PT-RS) remembered former senator Eduardo Suplicy (PT-SP), who dedicated a large part of his term in the Senate to defending the idea of ​​basic income. The current councilor for the city of São Paulo has basic income as a central theme in his political struggle.

Suplicy has defended the measure in academic articles since the 1970s and was the author of Law No. 10,835/2004, which established the guidelines for the implementation of Basic Income in the country. 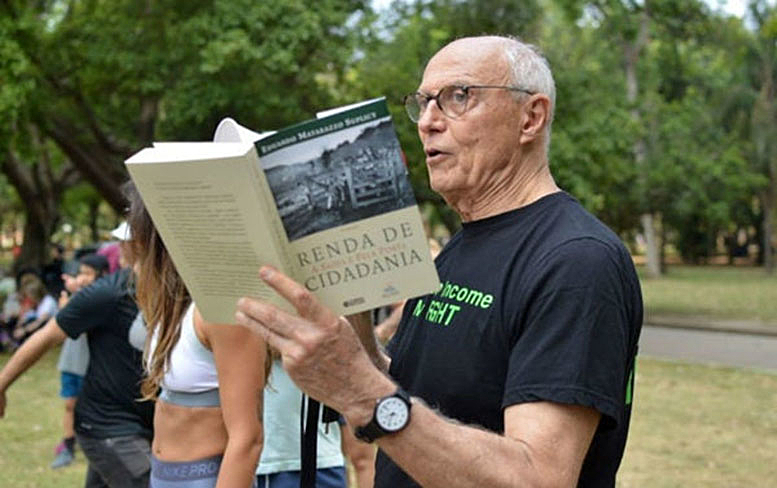 Senator Rogério Carvalho (PT-SE) stood out for maintaining the exceptional character of basic income in relation to the spending ceiling. He argued that no meaningful aid program for the vulnerable population could sustain itself within the shackles of the ceiling — which limits the overall growth of public spending each year to the change in inflation recorded in the previous year.

We need to constitutionalize a permanent income program for Brazilian families. It is unreasonable for a country, with the wealth that 🇧🇷 has, and the size of ours, to have people in difficulties, food insecurity, hungry people, homeless people! pic.twitter.com/tnnAI681xg

::: With a 6-0 scoreboard, STF forms a majority against secret budget, and government loses dispute :::

“This program will only materialize if we remove it from the spending ceiling, to ensure that this income can be made viable. The spending ceiling cannot be such a heavy anchor that generates so much suffering and so many difficulties for the Brazilian people.”

Anastasia, however, noted that the theme of flexibilization of the roof is “delicate” and is already being explored in other proposals under way in Congress. Therefore, he preferred to keep the issue out of the PEC. In his view, the exclusion of a significant expenditure from the ceiling — even if it is aimed at the poorest — would have undesirable consequences, including for the program’s objectives.

“It is good to remember that the eventual breaking of the spending ceiling could make the inflationary process so acute that the value of income would be decimated, unfortunately, and would not have enough backing to meet the needs.” Rogério Carvalho’s standout ended up defeated by 46 votes to 15.

Eduardo Braga complimented the rapporteur’s work, but maintained his opinion, expressed in the original text, that basic income should be removed from the spending ceiling, to guarantee relief to the poorest population, with food insecurity: “A necessary public policy for the Brazilian people, as their basic income, cannot be limited to the spending ceiling. It is essential to reduce inequalities, to fight poverty, to kill hunger, and hunger is in a hurry.”

In the Comuna El Maizal, 4,500 families build a socialist project for Venezuela