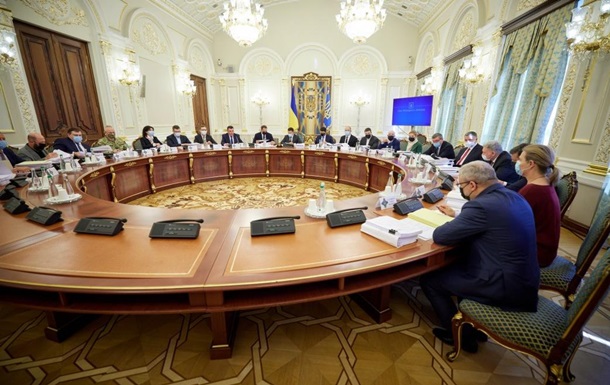 Meeting of the National Security and Defense Council

The activities of top smugglers in Ukraine have practically stopped after the imposition of sanctions.

Since the day of the introduction of sanctions by the National Security and Defense Council (NSDC) against top smugglers, 22 individuals and 146 legal entities fell under the restrictions. This was announced by the head of the SBU Ivan Bakanov following the results of the meeting of the NSDC.

According to him, financial transactions in 23 banks were stopped, the assets of persons who fell under the sanctions were blocked, the activities of many business entities were terminated.

The head of the SBU added that in addition to this, they also limited the right to perform notarial actions on 104 real estate objects, stopped issuing permits and licenses for the import and export of currency values.

“Earlier, suspicious financial transactions related to money laundering were recorded for 938 million hryvnia. These entities have their assets blocked and their financial and economic activities have been suspended. Criminal proceedings have also been opened against top smugglers,” Bakanov said.

We will remind that Zelensky in Ukraine imposed sanctions against “kings of smuggling” and companies of the Russian Federation became known in early April. Later, the media named the names of the sanctioned smugglers.

Rio de Janeiro has one of the biggest price hikes in the basic food basket in the entire country, says Dieese

In Kiev, the attacker of the music producer of the hit of the KAZKA group was detained