Zelensky spoke about Russian troops on the border 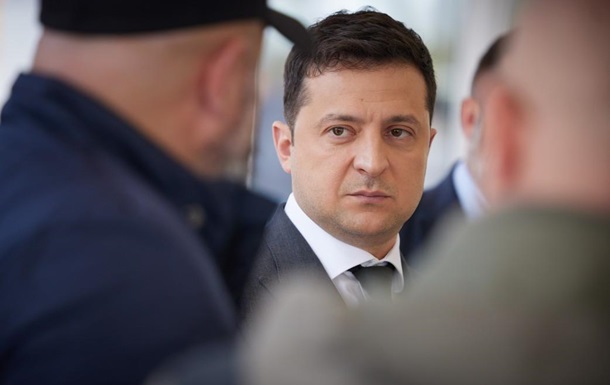 Now the whole world sees who really wants peace, and who is concentrating almost 100 thousand troops on the border, the head of state noted.

President Volodymyr Zelenskiy sees the movement of Russian troops along Ukraine’s borders and the increase in their concentration as psychological pressure on Kiev. He said this in a video message released on Wednesday, November 10.

“Recently there was information about a possible exacerbation of the” disease “- our Western partners provided data on the active movement of Russian troops along the Ukrainian borders and an increase in their concentration. First of all, we are grateful to our partners for the information … We hear reproaches from the Russian Federation that it is Ukraine that is delaying the peace process and disrupts the meeting in the Normandy format. I hope now the whole world sees who really wants peace, and who is concentrating almost 100 thousand troops on our border, “Zelensky said.

He noted that shelling and explosions, accumulations and movements of troops have been taking place in the Donbas for the eighth year in a row.

“Psychological pressure from the Russian Federation has not worked on us for a long time. Our special services, our intelligence have complete information. Our army is ready to repulse anyone, anytime, anywhere,” the President of Ukraine summed up.

Earlier, Bloomberg reported that the Russian Federation again sent tanks to the border with Ukraine. T-80U tanks were transferred to the Voronezh region. Prior to that, tanks and self-propelled guns were pulled into the Bryansk and Kursk regions. The build-up of troops takes place at night.