With more than 200 international observers, Venezuela finalizes preparations for elections

There are only 10 days until regional elections in Venezuela and, despite the political program having an internal character, international attention is turned to the country. The United Nations (UN) and other multilateral bodies, the European Union, Russia and the United States sent international observers to monitor the November 21 process. 3,082 positions will be elected among governors, deputies, mayors and councilors.

In total, there are around 70,000 candidates, members of 130 national and regional political organizations, 80% of which are opponents.

Voting is optional and, according to the latest opinion polls, 60% of the electorate is expected to turn out to the polls.

Improvement of the electoral system

In 2020, a fire in one of the electoral powerhouses destroyed almost the entire technological park of the CNE, which forced the complete renovation of electronic voting machines. Venezuela was the first country to implement biometric voting in Latin America and, with the new electoral software, the act of voting takes less than 1 minute.

The entire system undergoes a total of 16 audits accompanied by inspectors appointed by the political parties and by academics in the area of ​​information systems.

“They were able to verify that the technology used by the CNE guarantees that the vote is secret, that it is intact, that it cannot be interfered with and that each voter represents one vote. Now international observers can also make their questions, in order to determine the integrity of the process. We will have more than 200 international visitors, in addition we have six national observation organizations and each one will have between 600 and 700 observers throughout the country”, emphasizes Picón.

In the case of the UN, Secretary General António Guterres sent a technical mission with six specialists who will prepare a final report that will be sent directly to the head of the United Nations.

Across the United States, the Carter Center has confirmed its presence. In previous elections, former US President Jimmy Carter even called the Venezuelan electoral system “one of the safest in the world”.

The European Union will have a total of 87 observers, in addition to a commission with nine MEPs, appointed by the European Parliament, and around 30 European diplomats based in Caracas who will also monitor the process.

Members of the central team of the Mission of Electoral Observers of the European Union (EU-EOM) attended this Tuesday 9-N to the CNE warehouse in Mariches during the fifteenth day of the review that is carried out to the technological equipment for the emission of the vote. pic.twitter.com/8XOE5h7qN9

The CNE signed an agreement with the European mission, which provides, among other things, for not interfering in the outcome of the electoral process. European parliamentarians, on the other hand, were sent mainly after pressure from parties on the European right, especially the Spanish Popular Party, represented by Leopoldo López Gil, father of Leopoldo López, Guaidó’s right-hand man.

Or vice-president of the governing United Socialist Party of Venezuela (Psuv), Diosdado Cabello denounced that the European mission would already have a report prepared, “it will even be the basis for Juan Guaidó’s speech going forward”.

In addition to the various electoral observation agreements, the National Electoral Council of Venezuela agreed to monitor the elections with the Council of Electoral Specialists of Latin America (Ceela). A group made up of 50 former electoral magistrates from across the region, who have been in the country for over a month.

In 15 years of existence, Ceela has followed 120 electoral processes in Latin America and the Caribbean. In Venezuela, Ceela observation missions began to form in 2004. 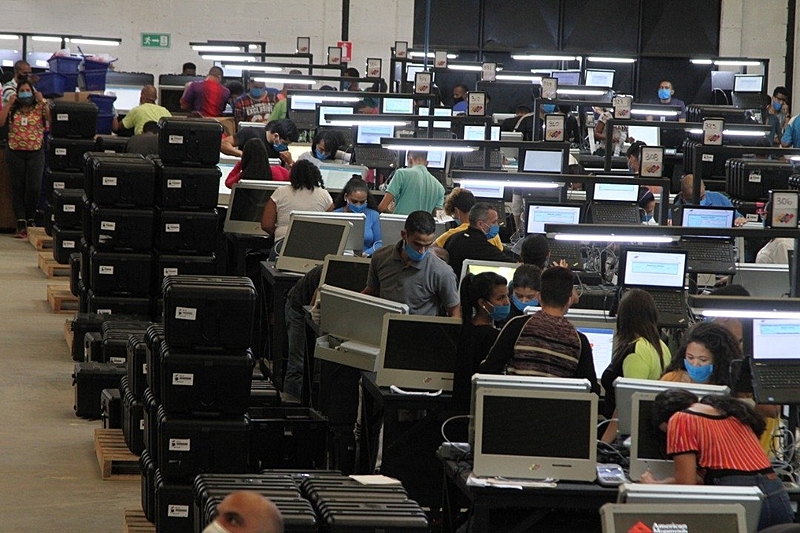 The Venezuelan electoral technology park was fully updated in 2020 and in each election, the system undergoes 16 audits / CNE Venezuela

“The Venezuelan electoral system has always been excellent, but the political circumstances that the country has lived through since the election of President Chávez have caused many international and right-wing Venezuelan actors to question the transparency of the electoral system, which forced the CNE to extreme its security measures. . They had to include a series of audits, as well as accepting international suggestions”, emphasizes Nicanor Moscoso, president of the Council of Electoral Experts.

:: What is happening in Venezuela? See full coverage ::

Among the recommendations adopted by the CNE is the creation of a protocol for the statistical verification of manual minutes of locations and voting. Manual minutes are only used when electronic voting machines are faulty, so they can be compared to voting. If the minutes do not undergo prior statistical control, they will be reviewed by the national directors of electoral power. However, Picón emphasizes “there was no failure in the elections and simulations of recent years”.

Another permanent opposition criticism is the presence of Chavismo campaign meeting points very close to polling stations, something that the electoral power assures it will ban.

“Possibly soon after being in power for 20 years, the government will co-opt some extracts and has all the functions of the State in its hands and this gives it some advantage in the logistical aspect, but the logistics don’t rule people’s minds. in government it also means being qualified as good or bad,” comments Nicanor Moscoso, former president of Ecuador’s electoral power. 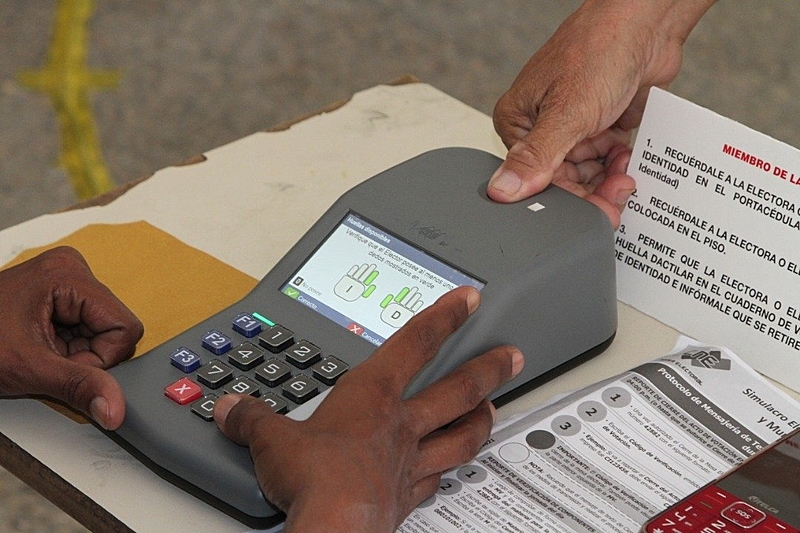 With the update of the voter registration, this year 350,000 voters will vote for the first time; in total 21 million Venezuelans are eligible to vote / CNE Venezuela

For the director of the CNE, there is a consensus in Venezuelan society on the importance of the next elections taking place without unforeseen events.

The Republic Plan will have 350,000 soldiers across the country, helping with the logistics and security of voting centers and the headquarters of strategic companies in the country, such as Petróleos de Venezuela (PDVSA) and state-owned electricity company Corpoelec.

“There will be at least 10 troops per polling center, in addition to the Bolivarian Brigades that will help with the biosecurity measures,” Picón points out.

The November elections are seen as a thermometer for both the government and the opposition, as they will be the last electoral process before the 2024 presidential elections.

For Chavismo it will be a time to measure its popularity and for the biggest opposition parties, the process represents its resounding return to the polls.

“It is essential for this electoral process to be successful so that, together with the Dialogue Table, which is now suspended, but should be resumed soon, we can relaunch Venezuelan democracy, reinstitutionalize all areas of the state. We started with the CNE: a political agreement was achieved. place to this new board”, highlights Picón.

:: Understand the factors that led Guaidó to propose a national agreement in Venezuela ::

Systems engineer Roberto Picón was the technical coordinator of the Mesa de Unidad Democrática (MUD), a former opposition alliance that brought together 33 organizations in the 2015 elections. He was also one of the directors of the NGO “Electoral Eye” (Electoral Eye), between 2005 and 2010, which became the current Venezuelan Electoral Observatory, one of the national organizations accredited to monitor the process.

“I think Venezuela is overcoming many obstacles and this can also be seen in the international press. Everyone talks about the elections in Nicaragua, Argentina, but nobody wants to talk about the mega elections in Venezuela. I believe that the opposition will win many positions and that will give them capacity logistics to dispute the next electoral processes”, comments Moscoso.

With internal crisis, OAS appoints new members to the Inter-American Commission and Court of DH