This Sunday (14) of the legislative election, Argentina goes to the polls to renew half of the Chamber of Deputies and a third of the Senate. In a strong climate of uncertainty, sectors of the government are divided between optimism and resignation in view of the expectation of the “inevitable”, at least in the short term.

The inevitable, in this case, is the scenario presented in the primary election (PASO), held on September 12, which points to a possible defeat of the Frente de Todos (FdT), a government alliance that unites divergent currents of Peronism. The PASO result represented an advantage for the right-wing coalition of ex-president Mauricio Macri, Together for Change (JxC), which won in 16 of Argentina’s 24 provinces, while the FdT won in just six.

Read too: Law With more than 200 international observers, Venezuela finalizes preparations for elections

The General Confederation of Labor (CGT), close to President Alberto Fernández, has already called for a march in support of the government for three days after the election, on Wednesday (17), marking the Day of Militance.

Expecting to reverse the result of the September primary, the Argentine government invested in “reactivation”, with a series of social and economic programs, which began with the restructuring of the cabinet and the change of several ministers. Soon, it followed with announcements of flexibilization of preventive sanitary measures against covid-19, such as the non-mandatory use of masks in open spaces.

The FdT campaign explored the advancement of the covid-19 vaccination campaign and took the motto “the life we ​​want” to spots and billboards. 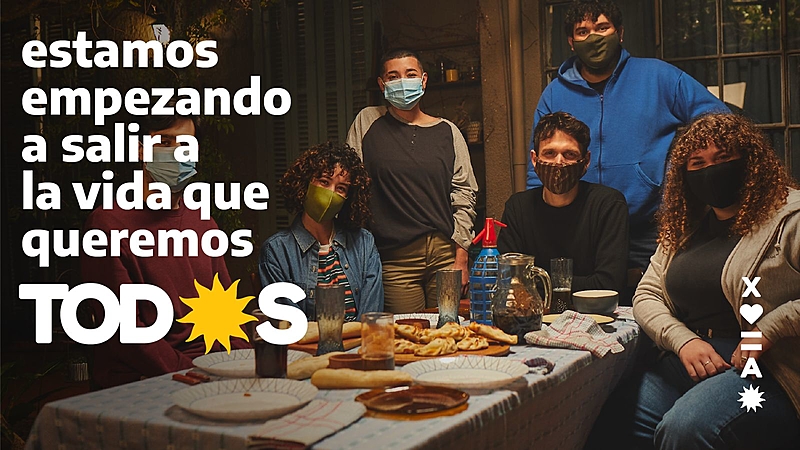 Front of All campaign piece: “We are starting to go out to life we ​​all want”. / Front of All/Disclosure

Internally, part of the government is betting on electoral gains resulting from the measures announced in these two months, probably as the best of cases. While following the negotiating posture with the International Monetary Fund (IMF), the team of President Alberto Fernández also promoted benefits such as the plan to convert social benefits into jobs, although with little clarity on its concreteness, and, the most popular – and controversial among entrepreneurs – the freezing of prices for products in the total basic food basket.

Confident, the JxC coalition opted for a more aggressive campaign against the government and more in line with the discourse of the ultra-right – a sector for which they lost votes, with an emphasis on the candidate in the federal capital of Buenos Aires, Javier Milei –, with messages that encourage “freedom or authoritarianism”. 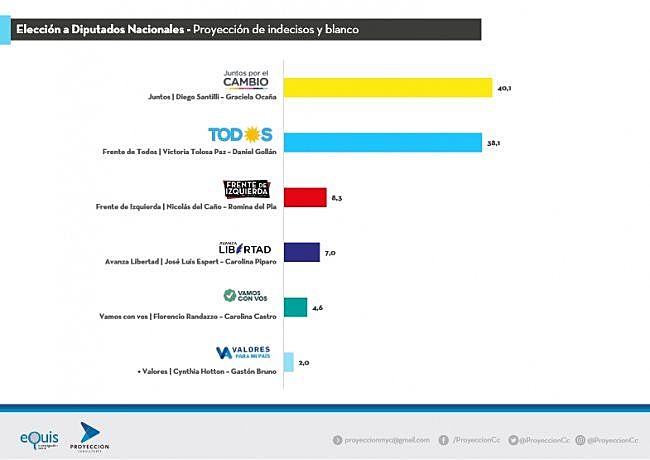 Polls point to a victory for JxC with 30.1% against 38.1% for the FdT in the province of Buenos Aires, the largest electoral district in the country. / Equis and Proyección Consultants Consultants

In addition to the image of unity, in contrast to the internals of Peronism publicly unleashed after the defeat in September, the JxC invested in the security discourse. In line with political force, the country’s most far-reaching media, La Nación and Clarín, reinforced the proposal, intensively exploring episodes of violence on the covers of newspapers and long television reports.

The closing of the JxC campaign was attended by former president Macri, who has occupied a secondary position in the coalition’s decisions and has not actively participated in the campaign. On the other hand, the head of government of the federal capital, Horacio Rodríguez Larreta, has established himself as an authority in this space, promoting proposals such as the end of mandatory severance pay, which has been extremely criticized by progressive sectors.