A mother with five children died in a fire in Russia 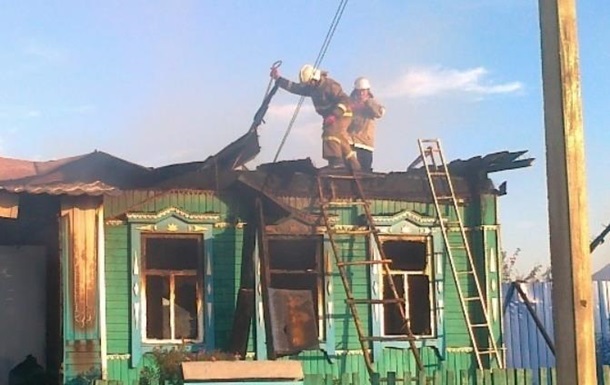 Photo: Ministry of Emergency Situations of the Russian Federation

The fire was extinguished at 07:50 am

The youngest child who died was not even two years old, the oldest was 13 years old. A criminal case was initiated.

In Russia, a fire broke out in the village of Kostovo, Olkhovatsky District, Voronezh Region, as a result of which a mother and five children died. About it informs The RF Investigative Committee on Wednesday, November 17.

Information about the fire in a private house was received today at 6:30 am (5:30 am Kiev time – ed.). By data EMERCOM of the Russian Federation, the building was badly damaged. The roof collapsed. The fire was extinguished at 07:50.

“During the extinguishing of the fire, rescuers found the bodies of a 33-year-old woman and her five children with traces of thermal effects: two girls aged 4 and 10 years old and three boys who were 1 year 7 months old, 3 years old and 13 years old,” says in the message.

On this fact, a criminal case was initiated on the grounds of a crime provided for by the article on causing death by negligence to two or more persons (part 3 of article 109 of the Criminal Code of the Russian Federation).

We will remind, on November 16 in the city of Dnipro there was a fire in a private nursing home. Five women were found dead. In total, the house was home to 30 people aged 75 to 89 years, of which 23 bedridden patients.