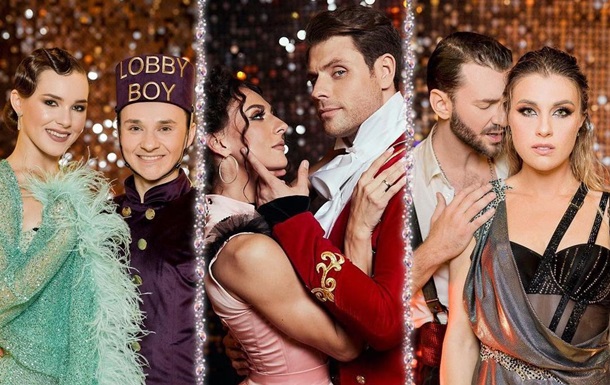 Dancing with the Stars 2021: Twelfth Edition

On this broadcast, participants from previous seasons of the show will appear on the floor, who will dance with the semi-finalists of Dancing with the Stars 5.

On Sunday, November 21, at 21.00 on the 1 + 1 TV channel, the twelfth broadcast of the show will take place Dancing with the Stars.

Spectators are waiting for the grand semi-final of the fifth season of the country’s dance show.

Masha Efrosinina will be the host of the starry balcony in the semifinals.

Ukrainian PlayBoy star Dasha Astafieva, who will dance with Anton Nesterko, will also appear on the main floor of the country.

The winners of previous seasons will return to the show. Among them: the winner of the second season Igor Lastochkin, who won last season Santa Dimopulos and the finalist of the updated third season Ksenia Mishina.

The showman will dance with a couple with Konstantin Voitenko and Roksolyana Malanchuk. Santa Dimopulos will appear on the floor together with Olga Harlan and Dmitry Dikusar. And “The Bachelor” will reunite in a dance trio with Arthur Logay and Anna Karelina.

Maas stressed the need to help migrants return to their homeland