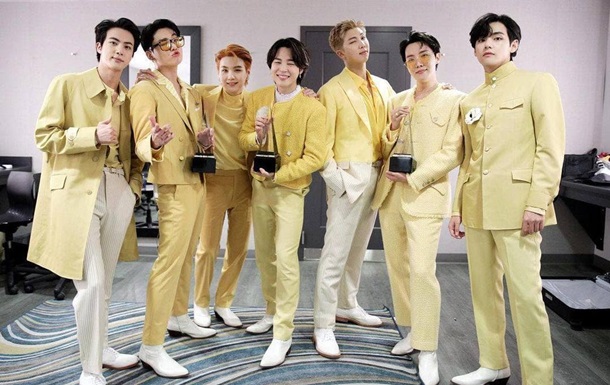 For the first time, a South Korean group was awarded the main award. Also, a clip of a Ukrainian director won the prize.

South Korean pop group BTS wins nomination Artist of the Year at the American Music Awards 2021, according to the news agency Yonhap News.

In doing so, BTS became the first Asian musicians to win this nomination.

Meanwhile, the clip of the Ukrainian director Tanya Muinho for the song of the rapper Lil Nas X Montero won the nomination Best Music Video.

Note that the 49th annual American Music Awards took place this year. It took place on November 21 at the Microsoft Theater in Los Angeles. The most popular artists, singles and albums of 2021 received awards.

We will remind, earlier BTS released a new track Butter and set several Guinness records at once.