Attack on Ukraine: Russia accuses the West of stuffing 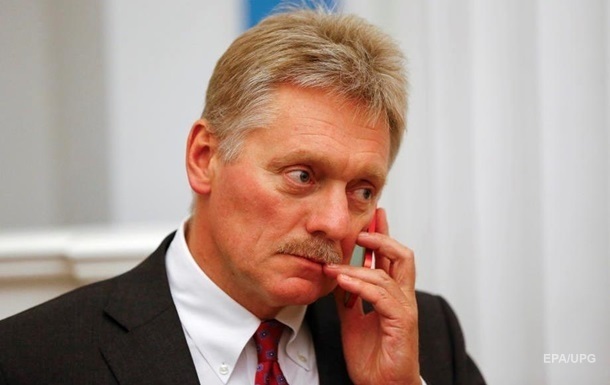 Peskov did not comment on the essence of Western media reports

The Kremlin believes that with the help of an information campaign, they are trying to cover up Kiev’s intentions to regain control over Donbass by force.

“We see that a targeted information campaign is underway. the settlement process “, – he commented on a number of publications in the Western media about the possible invasion of the Russian Federation into Ukraine.

According to Peskov, with the help of this “campaign” they may try to cover up Kiev’s thoughts “in terms of a possible desire to solve the problem of the southeast by force.”

“The number of provocations is growing, growing significantly, and they are carried out with the use of the very weapons supplied by NATO countries to Ukraine, and all this is in violation of the current Minsk agreements,” he said.

“We are watching, of course, with great concern for all this, knowing the significant influence of extremist politicians in Ukraine,” Peskov added.

As you know, the Western media have recently been writing more and more about a possible Russian attack on Ukraine. This possibility is also allowed in Ukraine. But Russian President Vladimir Putin said that he had not yet seen publications about the Russian military invasion of Ukraine, but considered them “alarmist”.

Jovicic: I’m proud to be back at the Santiago Bernabéu, but I belong to Shakhtar in my heart and soul

The first cryptocurrency city to be built in El Salvador